SPRINGFIELD TENNESSEE: (Smokey Barn News) – It’s not too often that you can say that the arrangement of your furniture saved your life but it was a fact for a Springfield woman who was asleep on the couch when a pickup truck crashed into her living room window early Friday.

85-year-old Martha Ralph of Springfield was sound asleep when the pickup truck crashed into her home sending wood, brick, and glass exploding into her living room. The only part of the room unaffected was the couch where she was sleeping.

The accident occurred just after midnight near the intersection of Pleasant Hill Dr and 5th Ave not far from downtown Springfield. MAP

Ms. Ralph said she has lived in the home since 1960 and other than a motorcycle crashing into her home some time ago, this was the only other vehicle that tried to park in her living room.

Ms. Ralph did get a small cut on her leg in the ordeal but she got that trying to navigate over the carnage after the crash.

Neighbors from next door and across the street heard the crash and leaped into action coming to Ms. Ralph’s aid, all of them relieved that she was uninjured. Ms. Ralph said, “Thank the Lord that I’m here, it just wasn’t my time to go.”

Neighbor Scott Murphy told Smokey Barn News that he was in his back yard and heard what sounded like a race vehicle coming down the street followed by rubber squealing and a big boom. Tire marks on the street confirm Murphy’s account.

The driver was not injured in the crash but was taken into custody by Springfield Police. 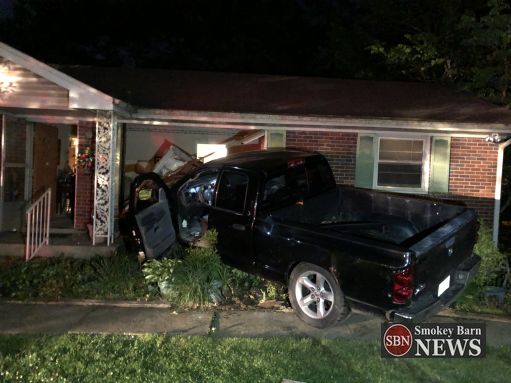 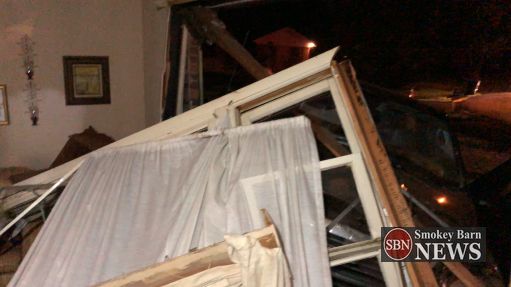 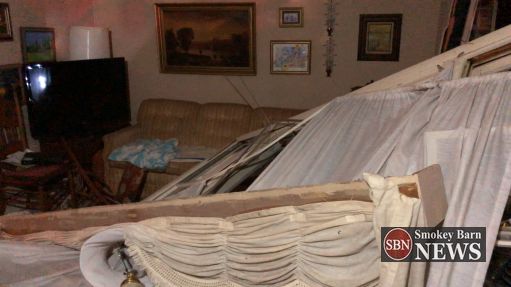