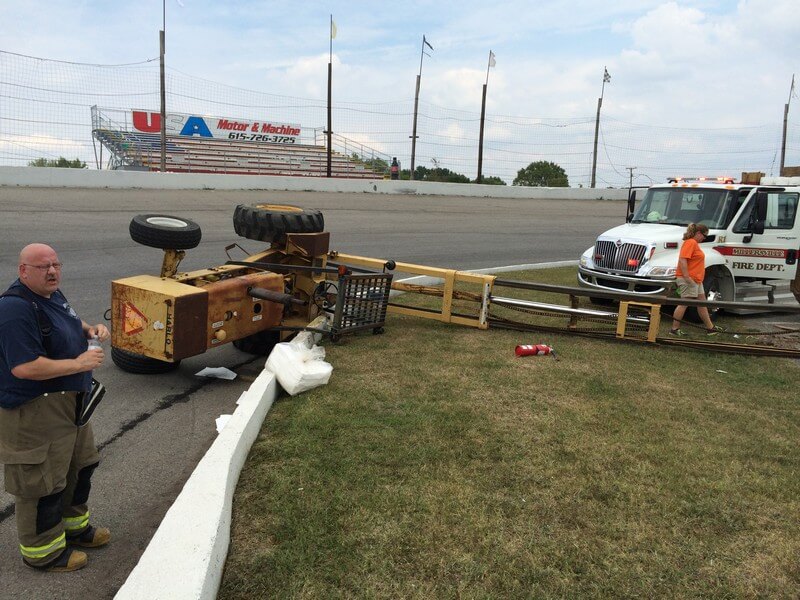 The accident involved a forklift which according to Criswell may have had a brake failure. Smokey Barn News was there and observed the aftermath first hand. Cunningham was seriously injured in the accident which took place around 1:20PM Saturday. Roger was lifeflighted to Vanderbilt in Nashville. The lifeflight helicopter landed in a field adjacent to the track. The driver was transported via ground to NorthCrest Medical Center in Springfield with minor injuries.

As we understand it so far, Cunningham was perched on top of a platform that was elevated by using a forklift. “He was replacing flags along the tracks edge,” Criswell told Smokey Barn News.  The forklift was perpendicular to the track with the platform raised up some 20 to 25 feet in the air.

According to Jerry Criswell there was a loss of power or a brake failure and the forklift started to roll down the track. By the rubber marks left on the track, it appeared that the forklift veered right causing it to tip over with Cunningham on the very top. Cunningham rode in the safety cage all the way to the ground landing in the parking area in the center of the track. The accident appeared to be similar to a bucket truck tip over.

According to Criswell, Cunningham suffered two broken legs, broken ribs and a collapsed lung. “They have ruled out serious head of brain trauma thankfully,”  Criswell said.

Jerry Criswell is asking that the community keep both injured men and their families in your prayers.. Smokey will continue to track the story and provide updates as they become available. Saturday’s racing schedule will continue as planned. 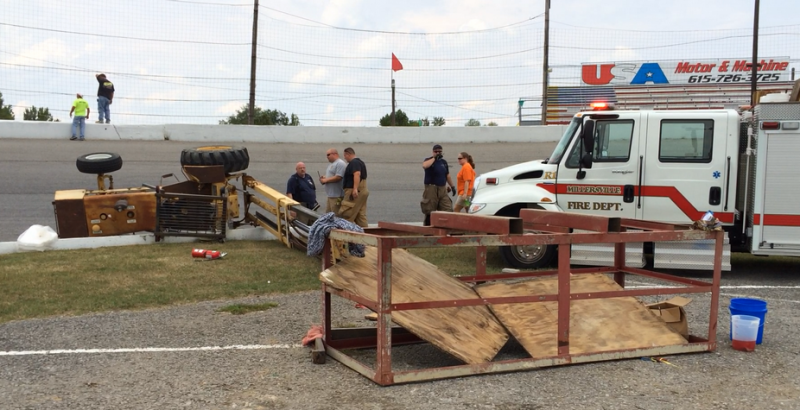