Around 10:30 pm a passenger vehicle with two onboard became hopelessly trapped on New Chapel Rd MAP after rushing floodwaters engulfed their vehicle. Unable to move their vehicle the occupants were trapped.

It would take a daring rescue by the Pleasant View Volunteer Fire Department Swift Water Rescue Team who arrived quickly and set up command. After a careful assessment, ropes, harnesses and cables were deployed and rescuers inched their way to the two trapped motorists.

The brave rescue team risked their lives coming in from the west side and attached safety harnesses to the motorists. After the occupants were harnessed, it was decided the safest avenue would be to bring the two occupants to the opposite side of the attack, which was the east side, one at a time.

All said and done, the occupants were safe and none of the first responders were injured. The gratitude of the occupants could be easily heard as each one was brought to safety.

If you have to be out on our roadways, use caution and never try to pass a flooded road. 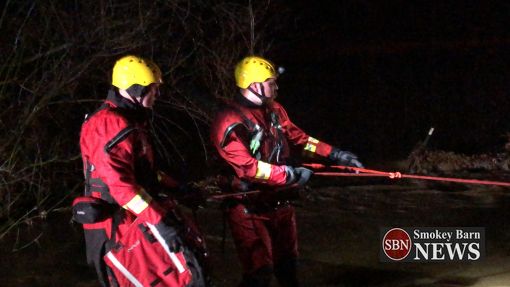 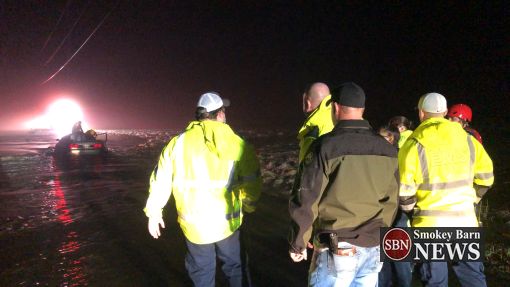