The incident took place around 12:55AM Thursday morning…..

SPRINGFIELD TENNESSEE: (Smokey Barn News) – Two people were shot in Springfield early Thanksgiving morning. One of the victims sustained serious injuries and was transported to Vanderbilt Medical Center in Nashville. The second victim was grazed in the head by gunfire and 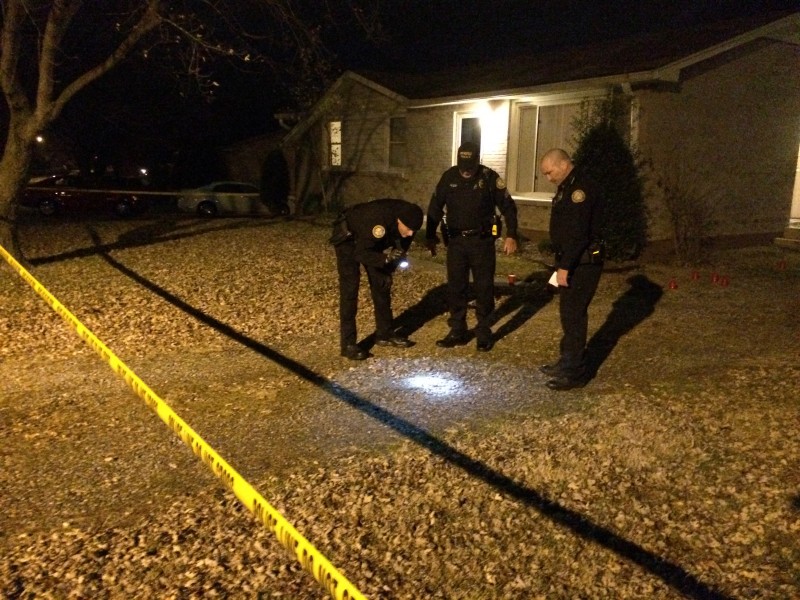 sustained only minor injuries, according to police.

What police are releasing so far is that 71 year old Louis Hite was watching TV in his living-room at his home on Perry Dr when a bullet came through his kitchen wall and grazed his head. Hite’s injuries were minor, he was treated by EMT’s at his home and released.

Police are on the scene of Perry Dr and detectives have arrived but a motive and/or connection between the two shootings remains unclear.

While Smokey was at the scene police were searching the driveway of the home with flashlights.

We are expecting to have more information as Springfield police investigators put all the pieces together.

Anyone with information regarding these two incidents is encouraged to contact Springfield Police at 615-384-8422 or Crime Stoppers at 615-382-3799.