The criminals made off with 120 rounds of ammunition and c….

Ordering Packages For Christmas: Be Careful

A man in Springfield ordered a couple of packages via UPS and was tracking them as they made there way to his home.

He made it home just a few hours after the packages arrived. A call to UPS
indicated the packages were delivered and left on his porch but when he arrived home there were no packages. He searched all around his entire home, property and his 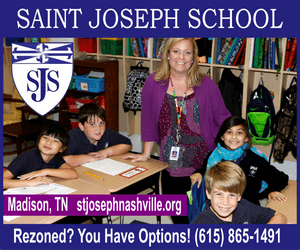 neighbors homes too, no packages.

The criminals made off with 120 rounds of ammunition and close to a dozen 30 round magazines.

The victim told Smokey that he is sick over the loss, for its value and its content.

The loss was immediately reported to Springfeild Police but without a camera or a witness to the crime it is unlikely that the ammunition will be reunited with its owner.

Police have been telling Smokey recently that this time of year crime is up all over. “It’s Christmas, criminals need to buy gifts for their family too,” said Springfield Police Chief David Thomson.

It doesn’t matter whether it’s a rounds of ammunition or a Barbie Doll, if you are ordering packages by mail during the holidays, try to be home to receive them or have a neighbor that is home take the package for you.

Chief Thompson said it’s also wise to be careful while shopping. Never leave packages visible in your vehicle. Put them in the trunk, they will be out of sight and locked away. Out of sight, out of mind.

Have fun this holiday season and be safe.

Springfield Police have recovered both the ammunition and the magazines.

The stolen items have been returned to the proper owner. The suspect will face charges of theft.

The ammunition and the magazines were recovered intact.

The suspect is a minor therefore the name is not being released by police.