GREENBRIER TENNESSEE: (Smokey Barn News) – A rollover crash in Greenbrier was a near miss for patrons at Autumn’s Nursery Saturday morning.

The accident occurred on Highway 41 across from the Greenbrier Elementary school around 10:40 am. Officials tell Smokey Barn News that the vehicle was heading into Greenbrier with Springfield behind him. The driver told police that he was cut off by another driver and overcorrected.

Police say, the vehicle left the roadway, crashing into a mailbox and then back out onto Highway 41 when the vehicle began to flip, at least six times, by one witness account.

The vehicle, now rolling towards the fruit stand, crossed oncoming traffic only stopping after hitting a parked car just feet from customers.  Customers at the front of the stand heard the impact of the mailbox and took cover, no one was injured. The driver too somehow escaped serious injury.

Officials at the scene said it was a near-miss that could have turned out very differently.

The driver was cited for Due-Care and failure to stay in the lane of travel. 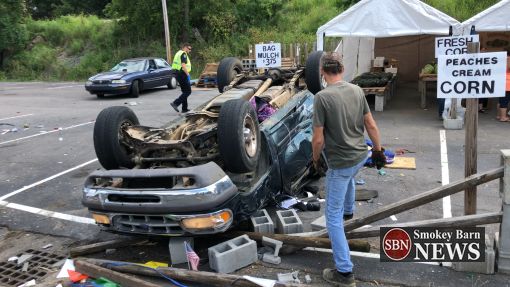 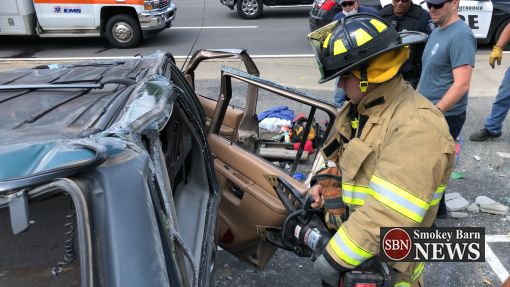