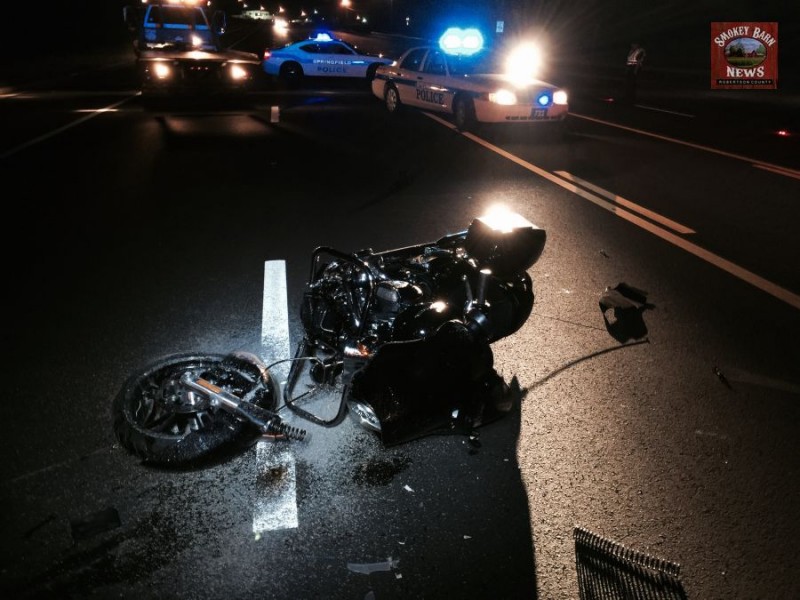 The accident occurred at the intersection of North Main St and Memorial Blvd just before 4:00am. (location of accident) Police say witnesses reported the rider traveling up North Main St towards Memorial Blvd at a high rate of speed when the rider lost control and crashed. No other vehicles were involved, police said.

The owner of the bike told police that he had just won the motorcycle in a raffle in Clarksville recently and he had not had the time to insure it.

The rider, identified as Michael Shawn Ramsey, 29,  of White House, was conscious and talking to medics at the scene, officials said.

According to Springfield Police Chief David Thompson, “Based on existing information, Mr Ramsey will not be facing any theft charges.”

According to accident investigators, speed and alcohol were likely factors in the accident. For more information see Smokey’s video report.