Police say the robbery occurred on Tuesday May 23, at 10:45pm as an employee was locking up the restaurant.

The victim told police that as he was locking up the restaurant when 3 male subjects approached him and told him to lay onto the ground. 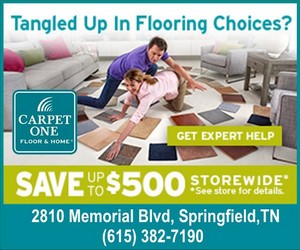 The victim told police that one of the male subjects brandished a handgun and put it to his head while the other subjects searched him.

The victim stated that the subjects were two black males and one Hispanic male. Once the subjects took the victim’s property, they fled on foot towards the subdivision across the street from Walmart, police said.

The victim stated that the subjects took cash, his wallet, 2 Apple I phones and two bank bags that contained money.

Springfield Police are currently processing surveillance video of the robbery. Detective Charles Bogle stated he received the video early Wednesday which clearly shows the individuals fleeing the area of the robbery.

The video is currently being analyzed and enhanced. Det. Bogle stated the video shows the individuals fleeing the area, running across the front of the Siler Center strip Mall towards Tom Austin Hwy at Nicklaus Drive.

The video shows several vehicles stopped at the red light at Tom Austin Highway at Nicklaus Drive when the individuals crossed Tom Austin Hwy. Det. Bogle is asking anyone who may have been in the area of Walmart between 10:30 pm to 10:35 pm Tuesday to contact the Springfield Police Department if you saw anything suspicious.