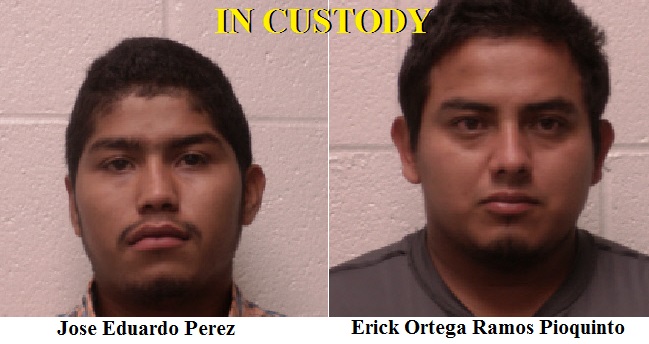 Both men were booked into the Robertson County Jail after 1 am Monday morning.

All three men, including Jose Ernesto Perez, 19, of Springfield, wanted in connection to the killing are now in custody and all three have been charged with First-Degree-Murder. All three men are being held without bond.

Jose Eduardo Perez, and Erick Ortego Ramos Pioquinto both show address directly next door to the location that the body was discovered.

According to Springfield Police, both Jose Eduardo Perez and Erick Ortego Ramos Pioquinto turned themselves in. 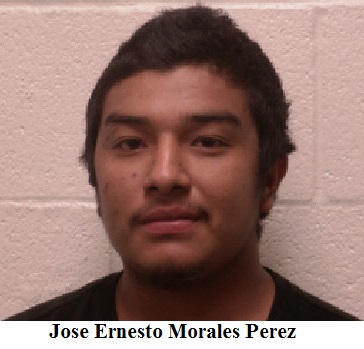 Using the word “homicide” for the first time since the body was discovered, Springfield Police have released the identity of three men wanted in connection to the killing. One of the men, Jose Ernesto Perez, 19, of Springfield (pictured left) has been taken into custody and has been charged with First-Degree-Murder. The other two (pictured above) identified as Jose Eduardo Perez (pictured left) and Erick Ortego Ramos Pioquinto, (pictured right) both from Springfield, are still at large.

“Warrants were taken out for the two individuals for Criminal Homicide. Subjects could possibly be headed to the Texas area. They are considered armed and dangerous.” Springfield Police Chief Jason Head

If anyone has any information on these two men, please contact Detective Clinard or LT. Bogle with the Springfield Police Dept. or dial 911.

Jose Ernesto Perez was placed in custody during the early hours of the investigation. He was transported to the Robertson County Detention Facility in Springfield TN where he is being held without bond.

The identity of the victim is being withheld due to issues locating next of kin. Officials tell Smokey Barn News that the body is that of a male estimated in his mid-20s.

A source told Smokey Barn News that the injuries appeared to be consistent with a stabbing.

The decedent was transported to the Forensic Center in Nashville where an autopsy will be performed to determine the cause and manner of the death, according to Assistant Chief Russell Gupton with Robertson County EMS.

Chief Head added that detectives believe the incident revolved around some sort of dispute where the body was discovered.

As more information, including the identity of the victim, is released, we will bring it to you.

RECORDED EARLIER-VIDEO OF THE SCENE…