SPRINGFIELD/WHITE HOUSE TENNESSEE: (Smokey Barn News) – Highway 76 between Springfield and White House has reopened following a rollover crash that has turned into a murder investigation, according to the Robertson County Sheriff’s office.

According to Robertson County EMS, one person was found deceased in the vehicle but after an examination of the scene, authorities switched from a crash investigation to a homicide investigation.

The crash occurred on Hwy 76 on the White House side of Gum Station Road just after 2 pm Saturday. LOCATION OF CRASH Traffic was diverted to Gum Station Road for several hours while investigators collected evidence at the scene. According to the Robertson County Sheriff’s Office, 22-year-old Wilkinson had been shot. The agency also confirmed that Deputies were responding to a trespassing call at that same location.

Around 1:00 am Sunday morning, investigators from the Robertson County Sheriff’s Office apprehended three individuals; Daniel Blake Scott, 28, of Springfield, Darick A. Hinerman, 26, of Springfield, and Jennifer Henning, 23, of Joelton, in relation to the shooting death of Brodie Wilkinson the 3rd.

According to booking records,  Hinerman, Scott and Henning, have each been assigned $1,000,000.00 bonds.

All three suspects have been charged with criminal homicide. All three are still being held at the Robertson County Detention Facility in Springfield TN.

Wilkinson records his own murder

According to affidavits obtained by Smokey Barn News, the three co-defendants, Hinerman, Scott, and Henning, were allegedly swimming on private property owned by the Wilkinson family near Highway 76 and Possum Trot Road. The victim, Brody Wilkinson III, allegedly asked the three suspects to leave the family property. According to court documents, the three refused.

After asking the three to leave, Brody left and called 911. During the 911 call, Wilkinson told dispatch that he would meet law enforcement on Gum Station Road. According to the affidavits, after Wilkinson called 911, the three suspects approached him and that’s when Wilkinson began a video recording with his cell phone.

After reviewing the video in slow motion, all three suspects could be seen in the video with Henning at the wheel of a 2008 white Dodge charger that Brody reported to 911 dispatch. Scott and Hinerman can be seen exiting the vehicle and Hinerman could be seen with a black gun in his hand, according to court documents. After that, the video records the sound of a single gunshot, documents state.

After the shooting Wilkinson drove down Highway 76 E. and crashed. He died at the scene. He had been shot in the back.  Initially, officials believed it was just a fatal crash. Some time would pass before investigators would realize that Wilkinson had been shot.  The bullet had passed through the cab, the seat, and finally ended in Wilkinsons’ back.

The day of the shooting, authorities announced that they were looking for a dark colored 4 door jeep and a white 4 door Charger as they focused their search for evidence a wooded area between the crash site on Hwy 76 near Gum Station Road and Possum Trot Rd as well as under a bridge that passes over Sulpher Fork Creek. LOCATION OF SEARCH

“Our thoughts and prayers are with the Wilkinson family,” stated Sheriff Michael Van Dyke. “I am proud of our Sheriff’s Office team for apprehending these suspects quickly and removing them from the streets.”

At the time of the shooting, the Wilkinson family was grieving over the loss of  Brodie’s grandfather, Brodie R. Wilkinson, Sr., who died just the day before.

The staff at Smokey Barn News sends our deepest sympathy to the friends and family of Brodie Wilkinson as they face the days ahead.

According to his online obituary, Brodie was a graduate of Greenbrier High School class of 2014, Brodie was described as a kind-hearted and friendly guy. He loved life and enjoyed making others smile, was always helping others in need, and would never say no to anyone.

His mother described Brodie as being 99% perfect, always helping to lend a hand to his family and friends. He had a heart of gold and will truly be missed.

Refresh This page for updates

WHITE HOUSE TENNESSEE: (Smokey Barn News) – Highway 76 between Springfield and White House is currently closed due to a rollover crash.

According to Robertson County EMS, one person has died in the crash.

Officials tell Smokey Barn News that the road is estimated to be cleared by 4:30 pm.

We have reached out to the Tennessee Highway Patrol, as soon as they have concluded their investigation we will provide more information. 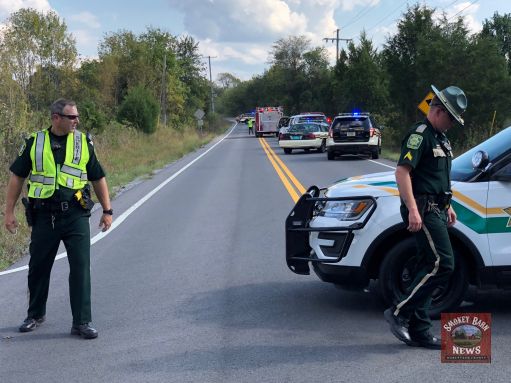 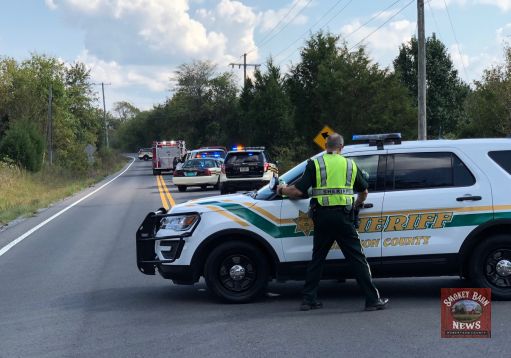 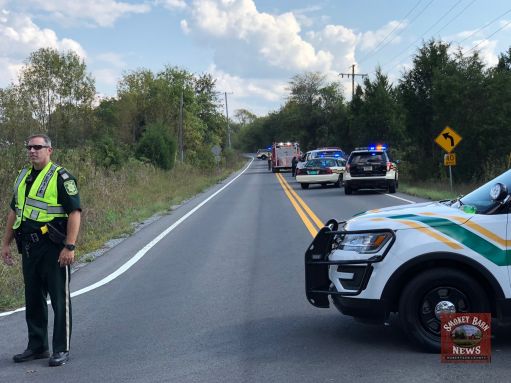