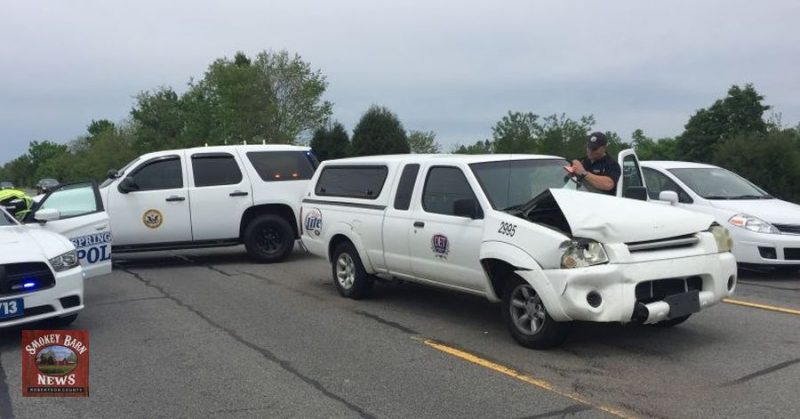 Back To Back Wrecks On Hwy 41 Hospitalize Two

SPRINGFIELD TENNESSEE: (Smokey Barn News) – Three of the five lanes of Hwy 41 between Springfield and Greenbrier were closed for about an hour Friday after two accidents that occurred back to back and about a block apart, one accident possibly triggered by the other.

The first wreck occurred just after noon at the intersection of Hwy 41 and Experiment station Rd. and involved a passenger vehicle and a pickup truck. A witness told Smokey Barn News that they believe the driver of the passenger vehicle was headed to a yard sale at the intersection on Hwy 41 and Experiment station Rd. when the wreck occurred. MAP

The second wreck occurred minutes later about a block away MAP at Stacy Springs Rd and Hwy 41. The accident involved two vehicles, a commercial vehicle and a passenger car, in a rear-end type collision behind the first wreck.

Two people were transported (from the first wreck) but their injuries were not considered to be life threatening according to Springfield Fire Chief Jimmy Hamill.