SPRINGFIELD TENNESSEE: (Smokey Barn News) – It was hard to miss, a gigantic whale on wheels, 200 people and and cameras engulfed the Springfield Square Tuesday.

It was Billy Ray Cyrus in town again filming for a new comedy series set to debut in 2016. If you recall Smokey brought  you the news on Billy Ray filming on the square back in 2012 and again this past November.

Scroll down to see Smokey’s coverage of Billy Ray overt eh past couple of years.

View a short trailer of “Still The King”

Still the King is scheduled to debut early 2016. Cyrus plays the role of Vernon Brown — aka Burnin’ Vernon — a washed-up, a scandal-ridden, one-hit wonder who is kicked out of country music but emerges  20 years later as an Elvis impersonator.

During a drunken bender he is sentenced to return and perform community service after crashing into an old country church outside of Nashville. Vernon pretends to be the congregation’s new minister and later discovers that he has a 15-year-old daughter he’s never met.

Cyrus serves as executive producer and writer of Still the King by Hideout Pictures.

Billy Ray Cyrus was in Springfield at the Robertson County Courthouse Sunday Oct. 7th filming part of a pilot called STILL THE KING. (Billy Ray is the father of Miley Cyrus AKA Hannah Montana)

Film crews for the ABC TV Series ‘Nashville’ were filming on location in Springfield today. The television show is a musical drama about the fading stardom of a country music star named Rayna James played by Connie Britton and her conflict with a rising teen star named Juliette Barnes played by Hayden Panettiere. Guitarist Deacon Claybourne played by Charles Esten is caught in the middle. At right, Diane Goodman (bookkeeper for Springfield Drugs) was in Springfield Drugs today while they were filming. She told Smokey she was nervous about how to take the photo but Charles kindly took the photo for her with her camera.

Several of his singles have done well on the charts. “Somethin’ ‘Bout a Truck” hit number 1 on Hot Country Songs. We believe the filming in Springfield is for his upcoming new single “Young Love”. 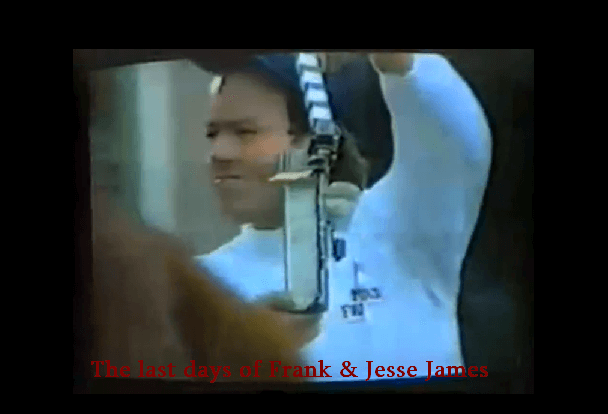 Country pop music group Lady Antebellum was in Springfield Saturday shooting a music video for their next album.

Another recent filming in Robertson County was a pilot with Billy Ray Cyrus back on October 7, 2012. Smokey was there again with some great coverage of their production.