SPRINGFIELD TENNESSEE: (Smokey Barn News) –A Springfield home is temporarily unlivable after a fire that broke out in the laundry room around 2:00pm Saturday afternoon. The home is located on the corner of West 15th Ave and Leota St. MAP

According to Captain Cherry with the Springfield Fire Department, the fire is under investigation but the Captain was leaning towards the water-heater as the likely cause of the fire. 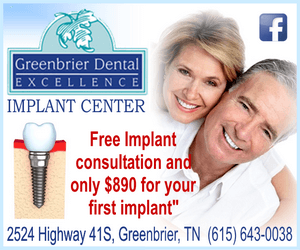 Captain Cherry told Smokey Barn News at the scene that there were two people in the home at the time of the fire. As they were making their escape, one of them fell Cherry said, and a neighbor rushed in and help the couple out of the home before firefighters arrived.

The residents, Clifton Walker, who walks with a cane, and his wife Marry, have lived in the home for about 13 years. The Walker’s told Smokey Barn News that there were actually two men that helped them get out of the burning home but they only know their first names, Chris and Kevin. Needless to say, the Walker’s were thankful that the two men were there and willing to step in to help.

As far as the home, Springfield Firefighters arrived quickly and in the sweltering heat of the day, made what firefighters call a “good stop” containing the fire to just the laundry room of the home. The rest of the home does have smoke damage and the home will need some repairs before it is livable again but most of the home in intact.

Captain Cherry also said that there were a couple of dogs in the home but hey also escaped.

The message from Clifton Walker to Chris and Kevin, “Thank you.”