A situation temporarily out of the control of the city of Springfield. …

The Springfield water treatment plant is now producing water at a normal volume. The recommended restrictions on the use of water are no longer in effect, but water customers are requested to try to conserve water over the weekend to help the water system return to normal operation.

Springfield City Manager Paul Nutting said, we are almost back to where we were before the incident. If you can (over the weekend) try to hold back a little, that will help us get back to normal all that much faster, but effectively, we are lifting the water advisory.

Due to the condition of raw water taken from the Red River.

A situation is temporarily out of the control of the city of Springfield. The Springfield water treatment plant is unable to produce water that complies with state and federal regulations.

All residential customers are requested to not wash dishes or clothes and to not flush toilets until absolutely necessary and to refrain from taking showers or baths.

Smokey Spoke to Springfield City Manager Paul Nutting this evening to get the run down.

Something was introduced into the water stream up stream from the river and it reached the Springfield Water plant,  the chemical that is used to take solids out of the water was not able to function properly, Nutting said. We have found another chemical that we have tested and it has worked. We are having the chemical delivered here to our Springfield water treatment facility. It should be hooked up to our water plant within  a few hours.

When the processing starts we will be able to start sending water into town again. At the moment there is no water being fed into our water tanks. We have about a two day supply of water but we have already gone a full day without sending water to the tanks, Nutting said. We’ve been at least 12 hours without being able to send water into town.

This is a serious water shortage, if you are using water but not putting water back into those tanks, water is being used but water is not being replenished. We are asking that people take some water conservation measures by doing what we requested. We will be treating the water here this evening and sending it to the tanks through the evening. The idea is to give the water processing plant time to catch up. “You can really seriously (no kidding)  run out of water,” Nutting said. “But I think we know what’s going to work, we’re getting the chemical delivered, its going to be processed this evening and we should be producing water again some time this evening.”

I asked Nutting what would happen if people ignored the advisory, how long would we last? He didn’t have an exact number for me but he said “this is a serious situation.”

Hopefully we will be able to lift the advisory by morning, Nutting said..

Note that this is NOT in any way connected to the situation in Coopertown – story.

Normally they use a chemical called Alum that usually works well. The new chemical is called Poly Aluminum Chloride (PAC).

Nutting went on to say “that other utility districts (today and yesterday) have had kind of similar situations, so I don’t know what’s going on.”

Please note that your water is safe to drink, the city is just asking that you cut way back until they lift the advisory that with any luck will be over by morning. Stay tuned to Smokey for the most accurate information.

Another agency is saying we have two days of water, that is not accurate. According to Paul Nutting, at full capacity we have two days, we are already one day into that. 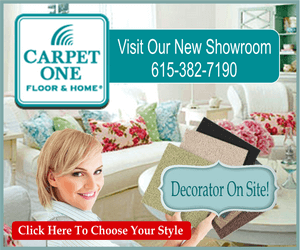 Smokey asked Springfield City Manager Paul Nutting what he meant by “Something was introduced into the water stream” the technical word is “solids”. He said the river contains all kinds of stuff, it’s an open river. A solid can be anything, sand, dirt or a particle. Sometimes these solids are too small and light, the job of the chemicals is to attach to the solids causing them to “coagulate” (meaning add mass) so they will fall to the bottom of the tank.  It’s just part of the filtering process, Nutting said.

Nutting reiterated that the water we have now is safe, it has been processed properly. We’re just asking the citizens to scale down their water usage until we can catch up.

Smokey met with Chief Water Plant Operator Trent Morris early this morning. Morris indicated that the issue here is ‘Turbidity’. Turbidity is the measure of suspended particles in water. Simplified that means cloudiness. Cloudy water can be caused by any number of factors, dirt,  sand, agricultural products, almost anything. Normally turbidity is handled chemically. Special compounds are added that adhere to the particles in the water and that makes them heavier so they settle to the bottom of the tank. In this case it wasn’t working as well at they like to see, according to Chief Morris.

When asked what Morris thought was in the water he said it could be an agricultural product, we have a lot of farms up and down the Red River. Normally agricultural products are , as he puts it “Oxidized with chlorine” but for whatever reason (whatever this is) it wasn’t responding to treatment. That’s when Morris decided to shut down the plant and figure it out. While we were there tests showed that the new treatment was doing the job. Now it just a matter of getting things back up to full capacity.

Morris said that Springfield (including Greenbrier customers) use about 5 to 6 million gallons a day, at the moment the plant is putting out about a million gallons less then that. It will probably be by the end of the day Friday before they are back up to full capacity.

As you can see from the Turbidimeter (right) the reading is 0.022, the state allows a .3, so the plant is running about ten times better the  the state standards.
The short of it is that the  water advisory is still in effect as of 6:00am Friday. We will know more later in the morning but for now, try and cut back on your water use.

I asked Morris on whether schools would be effected, he said it wasn’t his call but children use less water at school then they do at home, Morris said.

The Springfield water treatment plant is now producing water at a normal volume. The recommended restrictions on the use of water are no longer in effect, but water customers are requested to try to conserve water over the weekend to help the water system return to normal

Smokey will be monitoring the situation through the morning and into the day, as soon as the advisory is lifted we will make a special announcement.