Around 3:00pm firefighters were called back to the  home, it had reignited. 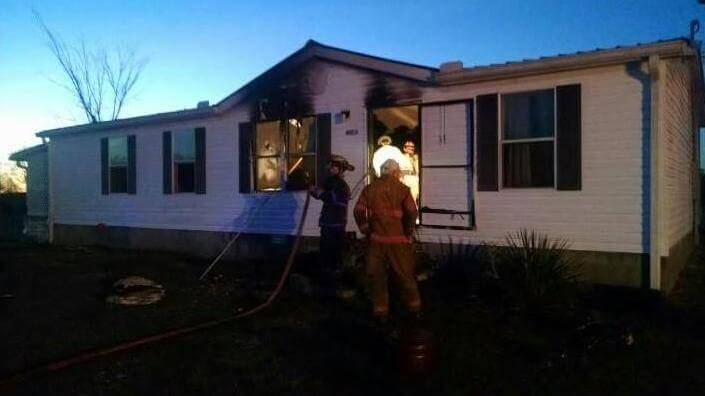 The fire appeared to have started in the living room, according to Pleasant View Volunteer Fire Chief P.J. Duncan.  No one was home at the time of the fire which started sometime around 5:30am Tuesday. A passerby noticed the heavy black smoke coming from the door, called 911 and freed the family dog, Duncan said.

When firefighters arrived the flames were coming out of the windows on the front side of the home. Pleasant View Fire made a good “stop” on the blaze keeping it mostly contained to the living room however there was a lot of heat and smoke damage to the entire home.

Around 3:30pm firefighters were called back to the  home, it had reignited. This time the damage was more severe. According to Duncan, on the second call to the home the fire had made it’s way into the attic. The decision was made to ask for additional support so the Adams Fire department was called in to help put the fire out. Chief Duncan estimates that the family lost at least 80% of their belongings and the home has been classified as a total loss.

Though the cause of the fire is still under investigation, Duncan said he does not suspect the fire was any more than an accident.

No one was injured in the fire but the family has been displaced and will need to replace most of their belongings. If the family reaches out to us with any needs they have we will certainly bring that to you.

Ironically, the home located directly across the street was destroyed by fire just four months ago. (Full Story) That home was unoccupied and no one was injured. Officials don’t believe there is any connection between the two fires.