According to the THP, the crash occurred on Highway 41-A near the Oak Plains Rd/Carmel Rd split around 2:30 pm. MAP

According to THP PIO Bill Miller, 50-year-old Deputy Stephen Reece was attempting to cross 41A from Oak Plains Rd over to Carmel Rd when the crash occurred. According to Miller, when Deputy Reece entered the intersection he was struck by another vehicle traveling South on Hwy 41A. The impact caused the Deputy’s vehicle to overturn. Deputy Reece was pronounced deceased at the scene. The other vehicle involved in the crash is described as a Ford Econoline E-250 Van and, according to Miller, the driver, Jose Vilchiz, 38, from Madison, TN was transported to a local hospital for treatment. His injuries were not considered to be life-threatening.

“This is the saddest day for Cheatham County,” said Cheatham County Sheriff Michael Breedlove. “He was one of the most amazing people that we have ever had in our office. He came on ready to teach a lot of the younger officers. He was an amazing man, a good husband and father, so we’re hurting tonight.”

Reece had just joined the Cheathan County Sheriff’s Office back in April. According to Breedlove, Reece was an experienced law enforcement professional who started his career at the Metro Nashville Police Department in 2001.

Smokey Barn News has also learned that Reece spent time as an Officer with the Millersville Police Department.

UPDATE: The investigating agency, the Tennessee Highway Patrol is releasing more information about the accident.

According to the THP, Deputy Stephen Reece, driving a CCSO Ford Explorer, was traveling East on Oak Plains Road and failed to stop at the stop sign. ​ A ​Ford Econoline E-250 Van traveling South on Highway 41A crashed into the driver’s side of Reece’s vehicle. Both vehicles came to rest on the Southeast side of Highway 41A. The investigation is still ongoing.

According to the THP, Vilchiz will not be charged.

Robertson County Emergency Management; “Prayers to the Cheatham County Sheriffs department, family, and friends. If there’s anything we can do we are here!”

Millersville Fire Department; “We’ve worked side by side with this fine officer. May his family and friends find peace and comfort during this difficult time. Rest easy brother Reece, We’ve got it from here.”

Portland TN Police Department; “Our thoughts and prayers go out to the Cheatham County Sheriff’s Office, and the family of the deputy killed in the line of duty tonight.”

Coopertown Police Department; “We are saddened to learn of the death of a Cheatham County Sheriff Deputy earlier today. We are praying for the deputy’s family, friends, and fellow officers.”

The thoughts and prayers of the staff at Smokey Barn News will be with the family and friends of Stephen Reece as they face the days ahead. 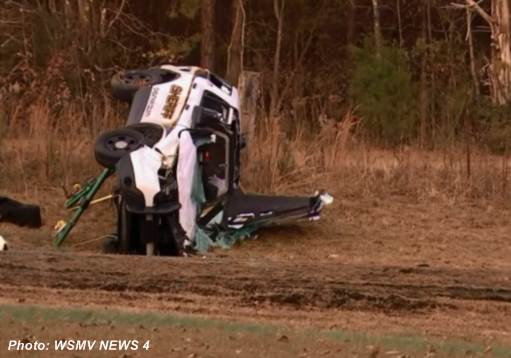