COOPERTOWN TENNESSEE: (Smokey Barn News) – Coopertown is just days
away from a financial solution to a fire services issue that, according to Coopertown Mayor Sam Childs, had the potential to bankrupt the city.

Back on May 22, Mayor Childs told Smokey Barn News that the city of Coopertown was facing a “Critical moment that could collapse the city.” Now almost five months later the city has a solution within its grasp.

In the most recent contract, Pleasant View Fire has asked for an increase that will, in essence, more than double the fee the city pays over a three year period, Childs said. Pleasant View Fire Chief P. J. Duncan said the increase is long over due and needed if they are to provide proper fire protection services to the Coopertown Community. In an interview with Smokey Barn News back in May, Mayor Childs said the increase in fees will bankrupt the city under the current budget.

Mayor Childs made it clear back in May that he was not happy about the new fees but eventually conceded to their inevitability. Childs did negotiate some financial concessions in the contract with Pleasant View Fire but only for the short term, Childs needed a permanent solution.

After months of looking at numerous ways to find the money, Childs and the Board of Mayor Alderman concluded that a small property tax was the only way out.

On September 14 a special meeting was called to consider a 35 cent property tax, it passed the first reading.

If you live in Coopertown, here’s the breakdown. 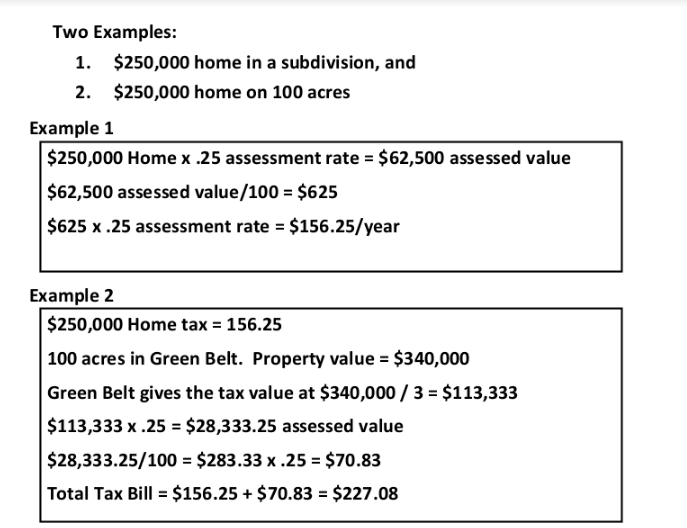 Mayor Childs expects the new property tax to bring in about $217,000 annually.

Here’s a rough look at Coopertown’s current budget. Coopertown currently gets $30,000 to $45,000 in building permit fees, sales tax is about $100,000, state shared revenue totals about $325,000, gas tax is roughly $100,000 and the Coopertown Barrel Festival nets about $6000, which is spent on community development activities and the restoration of the Frierson Chapel Church as well as other projects.

Along with other miscellaneous taxes, Coopertown operates on just a little over $800,000 a year. If the new property tax passes the final reading on September 27 it will push the city just over a million.

Childs also said that any any money left over from the fire tax will go into improving the city’s roads, that, according to Childs, are horrible..

Childs is hoping the city will not have to raise the tax for quite some time.