Forrester has been a fixture in Robertson County, serving the community for many years…. 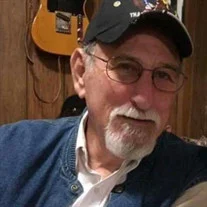 James Edward Forrester Sr, passed away on  Sunday, January 3, 2021 at his home.

Born March 28, 1941 in McEwen, Tennessee, Forrester worked as a truck driver for 50 years and retired from Roadway Express. He had been a member of the Local #480 Teamsters Union for 55 years. Mr. Forrester had served as city councilman for White House, been an Alderman for 9 years and served as Vice Mayor of Cross Plains. He spent many years in service to his community, having been involved in coaching little league baseball, being a member of the American Legion Post #206, White House Lion’s Club, White House Masonic Lodge #700, Orlinda Masonic Lodge #282, a shriner, treasurer of the Music City hayride, a church motorcycle club, assistant boy scout leader and a member of the mule and wagon club. He also served his country in the U.S. Army and attended Mt. Carmel Baptist Church. Forrester has 13 grandchildren; 4 great-grandchildren.

Services for Forrester have been scheduled for Friday, January 8, 2021, at 1 pm in the chapel of Austin & Bell Funeral Home in White House with Tom Day officiating. Interment will follow in White House Memorial Gardens with Lyndon Grissom, Randy Baker, Danny Morris, Jerry Whitman, Robert Gateley and Noah Morris serving as pallbearers and with military honors. Visitation is planned for Thursday, January 7, 2021, 4-8 PM, and Friday, January 8, 2021, 11 am until the time of the service at the funeral home. A Masonic service is scheduled for Thursday evening at 7 pm in the funeral home chapel. Forrester’s full obituary can be read here.