Some weeks ago Dan Whitlow our former Robertson County Schools Director was looking over the news one morning when one story caught his eye. It was a story about “liquor by the drink” tax revenue that by some mistake didn’t make it to a local school district as it was intended.  Apparently it had been going on for some years and a hefty sum had built up. It was an odd mistake  and it made Dan wonder, could the same thing have happened here in Robertson County? He sent a quick note to our new Director of Schools Mike Davis.  Davis wasted no time getting the ball rolling, it’s always fun to see if money will somehow fall out of the sky onto your lap.

We often see those ads on TV “Does the government owe you money?”, It’s fun to imagine that you have a big bag of cash sitting out there just waiting to find you with a knock at the door by publishers clearing house. If you ever saw the movie King Ralph you understand my point.

At any rate, a few days later Davis received the word, “yes” there was money owed to the district and it was to the tune of  $207,553.24 after it was all said and done. Apparently the way the law (tax code) was written wasn’t real clear so for the last 15 years or so the Robertson County School system never saw the money.

The short of it is that a special tax was applied to “liquor by the drink” and a portion of that revenue was allocated to education. 50% goes to the state and 50% went back to the city (in this case Springfield $415,106.47) and half of that was supposed to go to education, so a total of 25% of the total tax. Several other cities like Gallatin, Hendersonville and Portland fell prey to the same predicament and are looking into setting up payment programs to get the allocated funds to the proper benefactor, our kids education.

At the moment Robertson County Schools is in the process of officially informing the city of Springfield of the situation.

The city of Springfield is still getting their hands around the news but Smokey did chat to Springfield City Manager Paul Nutting and he said, “Apparently the law wasn’t really too clear on how that was supposed to be administered, we were never told we had to pay it but if we do owe it, we’ll pay”  Nutting went on to say that the city will not be able to pay the sum all at once and Davis said he’s not seeking full payment immediately so Springfield will most likely be making payments for some years.

Below is a breakdown of of the year by year accumulation that Robertson County Schools should have received.

Below is the official press release from Robertson County Schools… 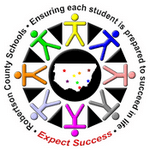 Robertson County Schools recently became aware that they have not received their portion of the Tennessee liquor-by-the-drink tax from the City of Springfield since 1999.

Director Mike Davis is in the process of notifying the city of Springfield and requesting that the back revenue be remitted. He said he is willing to work with the city government to develop a payment plan that is amenable to all parties.

Robertson County is not alone in seeking remission of tax funds. The cities of Gallatin, Hendersonville and Portland in neighboring Sumner County are also indebted to the Sumner County school system for a combined total of approximately $1.5 million.

Below is a copy the tax regulation..

(B) The other one half  shall be distributed as follows: . (i) Collections of gross receipts collected in unincorporated areas, to the county general fund; (ii) Collections of gross receipts in incorporated cities and. towns, to the city or town wherein such tax is collected, (3) Not withstanding the provisions of subdivision (2), the fifty percent (50%) of the gross receipt taxes allocated to local political subdivisions by subdivision (2) and collected in a municipality which is a premiere tourist resort shall be distributed to and expended by such municipality for schools In such muniei-pality. [Acts 1967, ch, 211, § 3; T.C.A., § 57·162: Acts 1982, eh. 942, §§ 1, 2: 1983, ch. 366, § 1.]