WHITE HOUSE: (Smokey Barn News) – A stolen tailgate appears in a Facebook ad just hours after authorities are notified of the theft. Within just 4 hours a man is in custody and the tailgate is returned to its owners.

It started when Rebecca and Antoine Eddings of White House posted their truck for sale on Facebook and (for added measure) the truck was parked out by the road with a for sale sign. By morning the truck’s tailgate was gone.

After parking the truck out by the road Wednesday night the Eddings’ came inside and went to bed. When morning arrived it was Mr. Eddings that would make the discovery that the tailgate of his 2014 Chevrolet Silverado had been stolen right from his own front lawn.

The Eddings’ estimated the tailgates value at about $1500 due to it having a backup camera. The couple told police they had no idea who could have taken the tailgate.

Rebecca and Antoine did report the theft to authorities but they told Smokey Barn News that they had little hope of ever seeing the tailgate again.

“We thought the tailgate was gone forever,” said Mrs. Eddings. But on the off chance that it could be found, she posted about the theft on her Facebook page and shared it on Hip White House.

Within minutes of her post, Rebecca received many messages, including one from an anonymous good samaritan on Instant Messanger that said: “call me.”  He was pretty sure he had seen the tailgate listed for $275 on Facebook Marketplace.

The silver tailgate with the gold Chevrolet emblem under the handle and a walker dealer sticker made the tailgate easy for the Eddings’ to identify and they knew they had a match.

The Robertson County Sheriff’s Office leaped into action and obtained the location of the alleged seller, now identified as Youree Jones, 31, of Hendersonville, in Gallatin, according to the incident report obtained by Smokey Barn News. The Gallatin Police Department was advised and a meeting was arranged to see the tailgate. According to the report, when police arrived and questioned Mr. Jones he said that he was driving through White House and noticed the truck for sale.  Jones said he had a buddy who needed a tailgate and he was going to give it to him. Mr. Jones then told police that he put the tailgate up for sale on Facebook, the report stated.

The total elapsed time from reporting the theft to the recovery of the tailgate? About 4 hours. It was all over before lunchtime. The tailgate has since been reinstalled on the truck that is once again for sale. Want to buy it? Here’s the link. 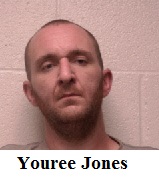 To the anonymous good samaritan that reported the ad, the Eddings said: “We very much appreciate his help.”

To Deputy James Rippy and the Robertson County Sheriff’s Department, “We greatly appreciate all their hard work quickly responding to our property theft and recovering our tailgate.”

Youree Jones, 31, of Hendersonville has been charged with Theft-Of-Property-Over-$1,000 and taken into custody. He was transported to the Robertson County Detention Facility in Springfield under a $3,500 bond. 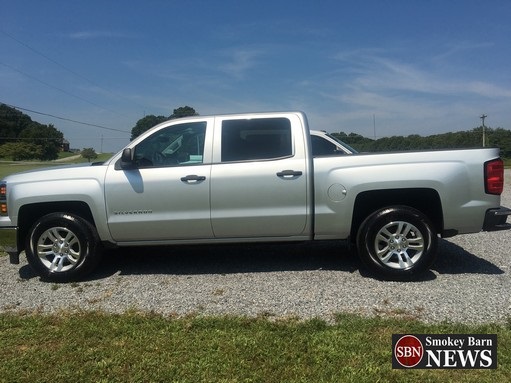