CROSS PLAINS TENNESSEE: (Smokey Barn News) – A fiery crash near Cross Plains Thursday evening has claimed the life of a Springfield man, according to the THP.

The crash occurred on Owens Chapel near the intersection of Roy Cole Rd around 6:30 pm. LOCATION OF CRASH

According to Robertson County EMS, one person, now identified by the THP as 52-year-old Kenneth Sartain of Springfield Tennessee, lost his life in the crash. A gallant effort was made by neighbors and Robertson County EMS to save Sartain’s life.  Neighbors reportedly pulled Sartain from the burning vehicle, staying with him until help arrived. Ultimately Sartain succumbed to the injuries he sustained in the crash.

As far as the cause of the crash, the Tennessee Highway Patrol is leading the investigation. According to their investigating Trooper’s preliminary report, Sartain, driving a 2011 GMC Sierra, was traveling west in the 12000 block of Owens Chapel Rd when he failed to negotiate a left curve and exited the roadway.  After leaving the roadway (to the right) Sartain’s GMC impacted a large tree head-on. He was not wearing safety restraints. Sartain was pronounced deceased at the scene.

If any additional details are released we will bring them to you. 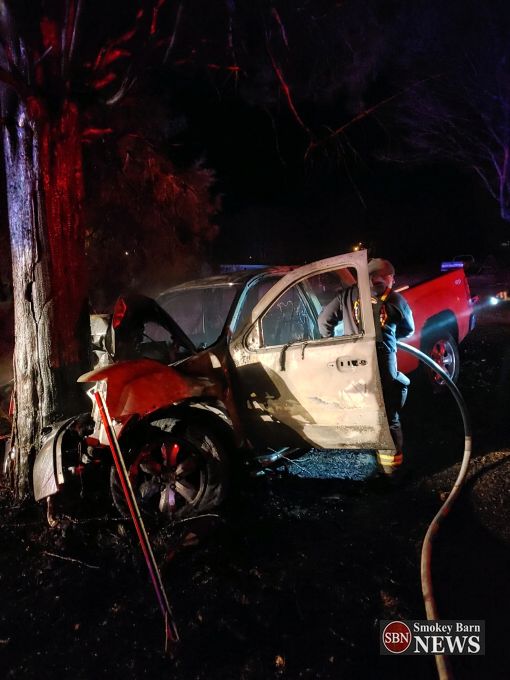 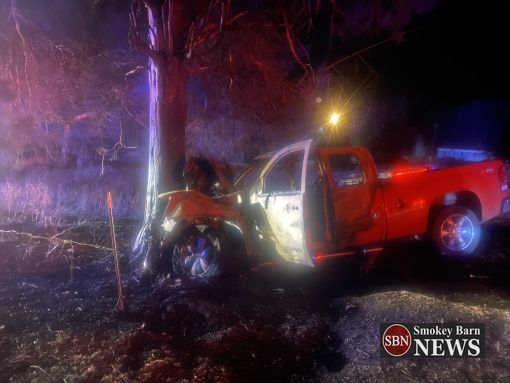