The call to 911 came in around midnight but the home, located on Cave Springs Rd, was already fully involved. (Location of fire) According to a neighbor, it was a manufactured home that has had several additions added on. 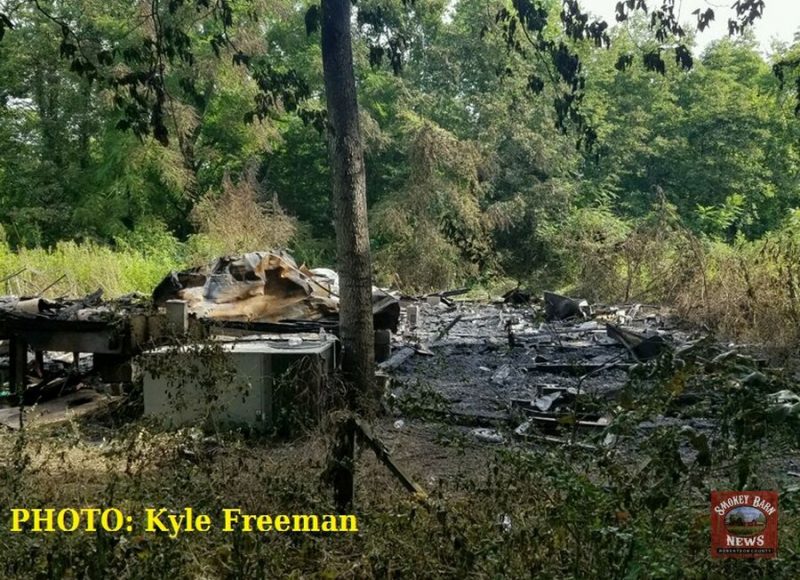 The neighbor said it’s been about three years since the home had a renter but at one point it was a nice home.

The high humidity, rain and heat as well as the position of the home off the roadway in dense brush made it difficult for firefighters. One firefighter needed medical treatment for heat exhaustion.

District Chief, Mike Bauer with the White House Community Volunteer Fire Department Station 52 told Smokey Barn News that the Fire Marshall will be called in on Tuesday to investigate the cause of the fire.

For the results of the Fire Marshall’s investigation return to this page later this week.