Fire crews were called to Park St shortly after 11pm

Fire crews were called to a home in the 1800 block of Park St in Springfield shortly after 11pm Tuesday night.  Neighbors reported hearing a loud pop noise from an adjacent home. 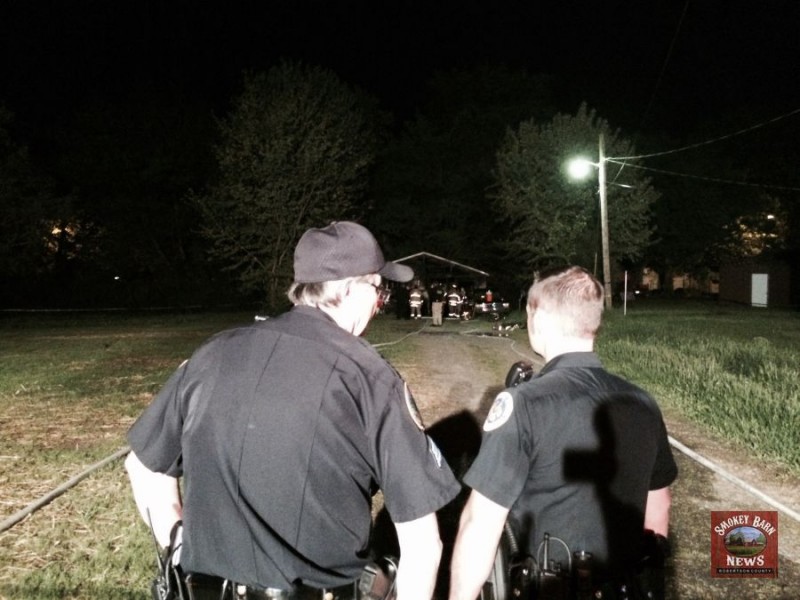 One neighbor said he heard an explosion and came out to see the home engulfed in flames..

According to Springfield Fire chief  Jimmy Hamill, one person has perished in the fire.

There were two people living in the home, a mother and her adult son. The son was at work at the time of the fire.

Neighbors told us that the woman used a wheelchair and had lived at the home for about five years. “She was very kind, neighbors told Smokey, always saw the good in everyone and never had a bad word to say about anybody.”

Chief Hamill told Smokey Barn News that the fire is under investigation and the Fire Marshal has been called to the scene but at the moment investigators believe the fire was accidental.

Officials have released the name of the victim, she is identified as 75 year old Jennetta Brewer. When Firefighters entered the home they found Jennetta in the kitchen near the rear exit. Officials believe Jennetta  succumbed to smoke inhalation.

Chief Hamill told Smokey Barn News Wednesday morning that they are still investigating the cause of the fire. “The investigation is leading us to three possible ignition sources, electrical, tobacco or the fuse box,” Hamill said.

According to Hamill the fire started in the living room and by the time firefighters arrived the 800 square foot home was already 25% engulfed in flames.

Chief Hamill asked us to please remind everyone to (not only) be sure they have smoke detectors but make sure you test them once a month, “Press that little button, Hamill said” and then be sure to change the battery once a year.

After an investigation, officials have concluded that an overloaded extension cord is the cause of the fire, according to Springfield Fire chief  Jimmy Hamill, .

Smokey’s thoughts and prayers are with the Brewer family as they face this terrible loss.