CUMBERLAND COUNTY, Ky. (WKRN) – The man  accused of shooting a Putnam County officer last weekend that local police thought may have been in the White House area Wednesday night was shot and killed during a shootout with police early Friday morning in Kentucky, according to WKRN News 2 in Nashville.

White House Tennessee was brought to a stop Wednesday night after US Marshal’s thought they may have spotted 62 year old Floyd Cook at a gas station near Hwy 76 and Interstate 65. The possible sighting of Cook triggered an extensive manhunt. It turned out to be associates of Cook, Katie McCarty and Troy Wayne. FULL STORY

McCarty and Wayne  are believed to have been in the Cookeville area with Mr Cook during the shooting of Algood Police officer Aschari Valencia last Saturday.

Kentucky State Police spotted Cook some time Thursday in Kentucky and were actively searching for him after he was spotted on Highway 61, near Interstate 65 South, WKRN News 2 reports.

While searching an embankment near a residence, two KSP troopers and one U.S. Marshal encountered Cook around 12:20 a.m. this morning

Cook was armed with a handgun and gunfire between him and the officers was exchanged, according to the KSP.

According to News 2, Cook was wounded and pronounced dead at the scene by the Cumberland County coroner. No officers were injured.

Kentucky State Police told News 2 that Cook reportedly went to a residence and asked for a ride Thursday but was denied.

Cook has been on the run since he allegedly shot an Algood officer during a traffic stop.

The Algood officer, Ahscari Valencia was shot during a traffic stop Saturday afternoon. He was released from the hospital Saturday night in good condition, according to News 2.

According to News 2, Cook has a history of violence and was imprisoned for the first time in Kentucky on April 28, 1971, after receiving a life sentence for a rape conviction in Marion County Circuit Court. 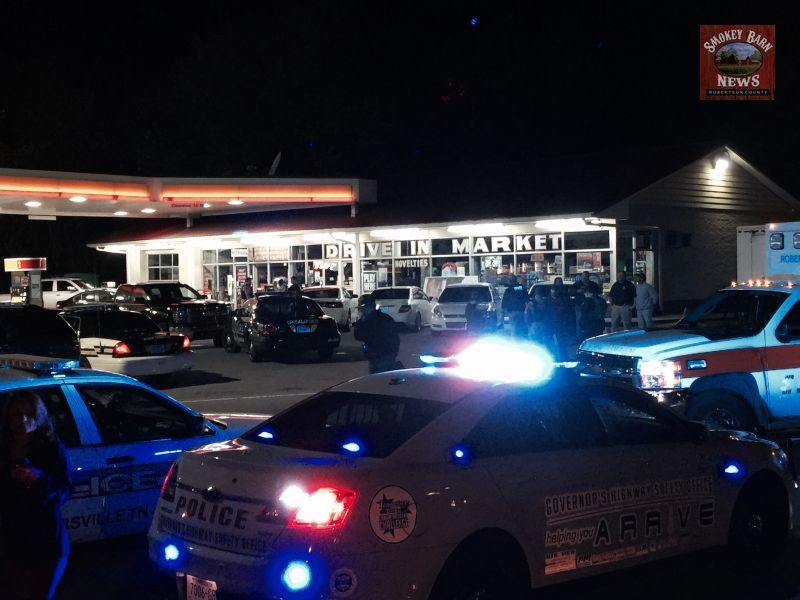 An unprecedented number of police officers from the US Marshal’s office, the Robertson County Sheriff’s dept, the White House Police department, Millersville Police and Portland Police department along with the Tennessee Highway Patrol all searched for Cook Wednesday night turning White House into a ghost town while citizens stayed inside and locked their doors. Brought into the national spotlight because of the search, White House residents will rest easy knowing that the whole ordeal is finally over.


We bring you ALL the News in and surrounding Robertson County, Tennessee.