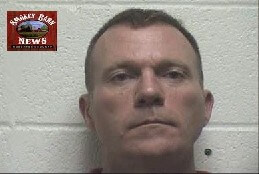 Kevin Richards, 49, of Greenbrier, will be facing charges of alleged Aggravated Sexual Battery and Rape of a Child. Richards is the former Assistant Greenbrier Police Chief under Chief K.D. Smith. Richards left the position last September.

Richards, who now works for the state, according to Greenbrier Police Chief K.D Smith, turned himself into the Robertson County detention facility in Springfield around 8:30 AM this morning and was released on $100,000 bond.

According to Chief K.D Smith, the investigation so far has involved a CAC forensic interview and statements from witnesses.

After the investigation was completed, the evidence was presented to the magistrate and it was determined that there was enough evidence to issue the two warrants for Richards arrest.

“It’s one of these cases that you’re not expecting to have to deal with, especially from either a current or former employee. It’s a tough case to handle but we’re going to do our job, we’re going to handle the case just like any other case that comes in”, Chief Smith said.

Smokey Barn News asked Chief Smith if it was a conflict of interest that his agency is handling the investigation.

“No, if he was still an employee then yes but since he’s a former employee he’s basically a citizen of Greenbrier just like anyone else.”

The age and sex of the child is being withheld to protect the child’s identity.