Gallatin Homicide Suspect Kills-Self After Pursuit/Crash On I65 Near Millersville, Officials Say

kidnapping, aggravated robbery, aggravated assault, and carjacking, has died from a self-inflicted gunshot wound on I65 North following a police chase in which Bender’s vehicle crashed.

The incident occurred around mile-marker 103 on I65 North around 11 pm Saturday evening. MAP

The Tennessee Bureau of Investigation has taken over the investigation.

A vehicle matching the description of the 2009 Dodge Caliber that Bender was alleged to be driving appeared to be at the scene.  The vehicle was off the roadway in a wooded area. According to Gallatin Police, the vehicle was allegedly carjacked from a driver in the area of GameStop/ H&R Block on Nashville Pike.

I65 North was down to one lane for several hours while the TBI investigated the incident.

According to the TBI, the 18th District Attorney General Ray Whitley has requested that the TBI investigate the circumstances surrounding the shooting death of Bender.

“Preliminary information indicates the shooting was self-inflicted and occurred while Bender was being pursued by the Goodlettsville Police Department. Bender was pronounced dead at the scene,” according to Leslie Earhart TBI PIO.

The investigation remains active and ongoing.

According to Gallatin Police Sunday morning, “The victim in yesterday’s homicide at the Econo Lodge, has been identified as 18-year-old Ja’Darrius Williams who was pronounced deceased at the scene. Caleb Williams age 18 was transported to Vanderbilt Medical Center with non-life-threatening injuries.

“Last night the suspect, Jonte Bender was involved in a pursuit with Goodlettsville police on I65 North. During this pursuit, the vehicle driven by Mr. Bender crashed. After the crash, he was found to have a self-inflicted gunshot wound.”

A soon as more information becomes available we will bring it to you. 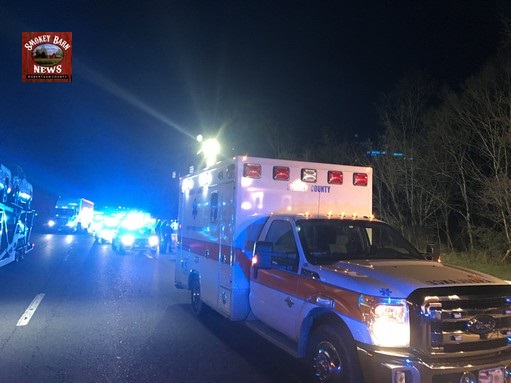