GREENBRIER TENNESSEE: (Smokey Barn News) – According to Greenbrier Alderman Jeff Delong, a planning and zoning meeting is set to approve a site-plan for Burger King to accompany Cross Roads IGA next to Red Dot Storage.

According to Delong, the community is welcome to attend the meeting.  Normally the floor would not be open for comments, however, the chair could allow it, Delong said. The purpose of the meeting is for the Planning and Zoning Department to approve the site.

“It does look like Burger King is coming with Cross Roads, it looks like it,” Alderman Delong told Smokey Barn News Sunday evening. 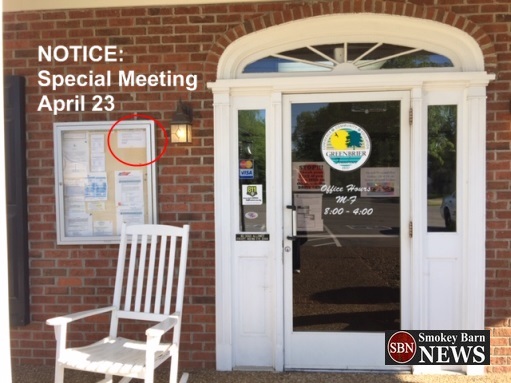 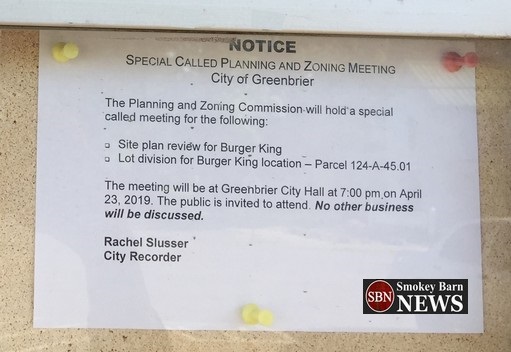 GREENBRIER TENNESSEE: (Smokey Barn News) –  Since Bill Martin’s Foods closed back in October of 2016, Greenbrier has gone without a grocery store. Now, thanks to the efforts of  Mayor Bonnette Dawson, that’s about to change.

Crossroads IGA owned by Houchens Industries submitted a site plan for a new grocery store, eatery/gas station and the plan has been approved by the Greenbrier Planning & Zoning Board. The store will sit on Hwy 41 right in front of Red Dot Storage. (MAP)

Sitting on about two acres, the roughly 11,000 square foot facility will have limits but it will offer most of the things Greenbrier residents would need, saving them the drive to Ridgetop or Springfield.

Once a permit is formally submitted and their plan presented to the county, the State will have to approve the entrances, exits, drainage etc. Then 911 will give them an official address. If all goes well, the owners are shooting to begin construction around the middle of this year.

“Mayor Bonnette Dawson had a very big hand in this in the beginning. She contacted them multiple times and really pushed for them to come here over a year and a half span,” said Alex West, Director Codes and Planning.

In addition, Greenbrier has a new Donut shop called Helen Donuts. Smokey stopped by and spoke to owner Dane Yoeun.

The eatery (which offers much more than just donuts) opened in February and is located in the Franklin Center strip mall on Hwy 41 right beside Jumbo Delicious. (MAP) According to the owner, Dane Yoeun, “Helen Donuts” is named after her two-year-old daughter, who was asleep when we dropped by. 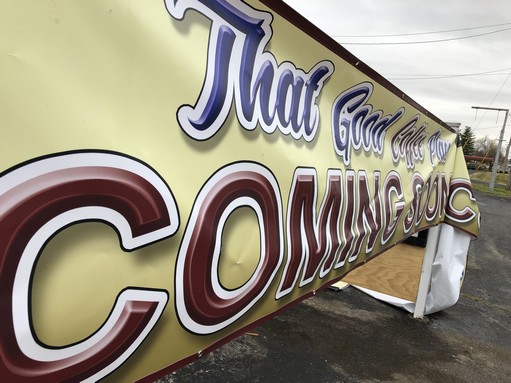 Just a little down the road, Greenbrier’s getting a new coffee shop. Codes Dir. West told Smokey Barn News that the new coffee shop should be opening up in just a few weeks. West says this is not the owners first go at a coffee shop and by what we can see they’re really renovating the place.

The new shop is parked conveniently on Hwy 41 right next to the Austin & Bell Funeral Home MAP.

As soon as we can get some hard opening dates on any of these three new businesses, we will bring it to you.