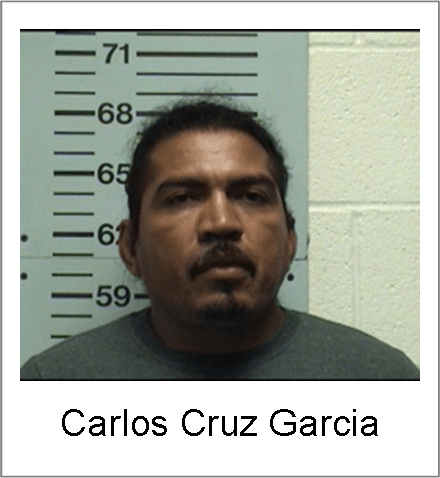 The Tennessee Bureau of Investigation arrested a man from Greenbrier for possessing child pornography on his computer today.

Carlos Garcia, 39, was arrested and charged with one count of aggravated sexual exploitation of a minor. The TBI conducted an online undercover operation between March and July of 2013 which identified Garcia’s computer as having files containing prepubescent children engaged in sexual activities with adults. A search warrant was executed Early this morning at Garcia’s home on Nunley Street where Garcia admitted to downloading child pornography and seeking out images of infants on some occasions. Metro Nashville Police Department along with the Greenbrier Police Dept assisted with this investigation.

Garcia is currently being held without bond in the Robertson County Jail.