According to Illinois State Police (ISP), they were requested to investigate an officer-involved shooting that occurred in rural Brown County. On March 26, 2022, at approximately 11:14 p.m.

The incident occurred on Illinois 107, just north of County Road 410N in Brown County IL, about 400 miles northwest of Robertson County. MAP Preliminary information indicates a traffic stop was attempted by Meredosia Police Department in Meredosia, IL. According to Illinois State Police, the suspect, identified as Daniel B. Payne, a 29-year-old of Greenbrier, TN, fled from the traffic stop and a pursuit ensued. 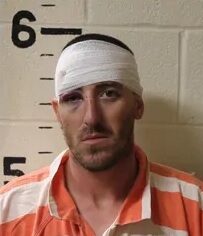 The pursuit involved multiple law enforcement agencies and led officers through Pike and Brown Counties, according to officials in IL. The pursuit ended when Payne’s vehicle crashed and became disabled in the roadway. As officers were approaching Payne’s crashed vehicle, Payne allegedly fired upon and struck an officer of the Chapin Police Department.

The officers returned fire, causing Payne to surrender, and he was taken into custody. The injured officer, a 39-year-old male, with seven years of service, sustained serious injuries and is receiving treatment at an area hospital. The officer’s name has not been released.

Payne was transported to area hospitals for minor injuries from the crash and was released after being treated. Upon release, Payne was arrested and transported to the Schuyler County Jail.

The Brown County State’s Attorney’s Office approved one count of Attempted First Degree Murder of a Police Officer against Payne and his bond was set at $1,000,000/10% to apply.

The investigation is active and ongoing.