The accident occurred just before 5:00pm Wednesday evening on New Cut Rd near Betts Rd in the Greenbrier area. MAP

According to officials the driver of the vehicle, Kristie Wooten, an eighth grade language arts teacher at Greenbrier Middle School was transported to NorthCrest Medical Center in Springfield but her injuries were not considered to be life threatening.

Officials were not sure how many times Wooten’s vehicle rolled but the debris field was almost 100 feet long. 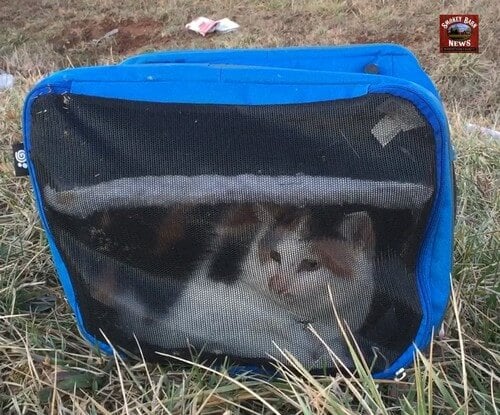 Wooten also had two cats in her SUV that survived the accident but they were not happy. The THP offered some soothing words for the two cats until family could arrive at take the cats to be checked out at the local animal hospital.

As far as a cause of the accident, the Tennessee Highway Patrol is still investigating but they did tell Smokey Barn News at the scene that drugs or alcohol were not considered to be a factor.

Director of Robertson County Schools, Mike Davis, released the following statement regarding the accident: “We are sorry to hear of Ms. Wooten’s accident, and are grateful that she was not seriously injured. The Board of Education and her Greenbrier Middle School family wish her a speedy and complete recovery.”

As more information becomes available about the accident or the condition of Kristie Wooten and her two cats, we will bring it to you.

The White House Community Volunteer Fire Department, the Robertson County Sheriff’s Office, Robertson County EMS and EMA, as well as the Tennessee Highway Patrol, all responded to the scene.