Scattered to numerous showers and thunderstorms will spread across middle Tennessee late tonight and tomorrow. Some storms will likely produce locally heavy rainfall…

With rainfall totals of 1 to 3 inches expected. Some localized flash flooding could occur in some areas… Especially west of I -65… As early as tomorrow morning.

This flash flood threat will persist through tomorrow evening with additional showers and thunderstorms expected.

In addition to the potential heavy rainfall… Some strong to severe thunderstorms are possible late tomorrow morning into tomorrow evening as a cold front swings across the area. Damaging winds… Large hail and additional flash flooding appear to be the primary threats… Although an isolated tornado or two cannot be ruled out. 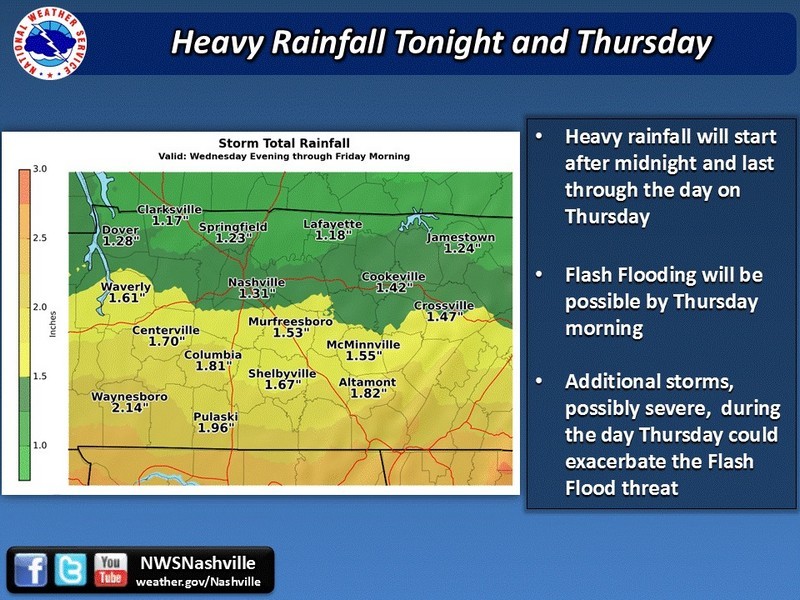