In the state of Tennessee there are five degrees of homicide…

Hugo Morales-Correa of Springfield pleads guilty to murdering his wife and has been sentenced to 20 years in prison. 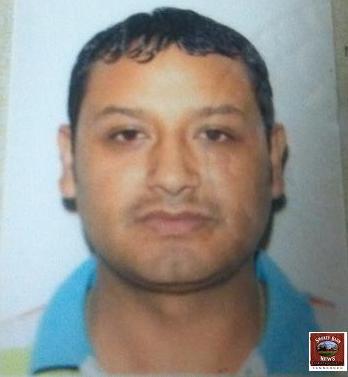 ROBERTSON COUNTY TENNESSEE: (Smokey Barn News) – Smokey spoke to Robertson County Assistant District Attorney Jason White this morning about the case. White indicated in court on February 28th that Correa and his wife (Maria Carmen Mora) had gone to a counselor together on the day of the murder Jan. 4, 2013. During that meeting Correa discovered that his wife Maria had been seeing another man. After the meeting Hugo seemed to be OK but police estimate that it was later that same day that his wife Maria was stabbed to death.  Maria’s body was found later the next morning.

There were several reasons why the D.A. agreed to Second Degree murder (which carries a sentence of 20 to 25 years) instead of First Degree murder which would have put Correa away for 50 years. First, they didn’t have a murder weapon. Second, since the murder occurred on the same day that Correa found out his wife was having an affair, Correa’s defense could argue Voluntary Manslaughter which is the “killing in the heat of passion.” If  Correa’s defense was successful in getting Voluntary Manslaughter, Correa could have potentially served no jail time at all.

In the state of Tennessee there are five degrees of homicide, First Degree Murder (you planned it), Second Degree Murder (Knowing killing of another without premeditation), Voluntary Manslaughter (killing in the heat of passion), Reckless Homicide (death was accidental ) and Criminal Negligent Homicide (A person creates risk, and fails to perceive it). The D.A. wanted to go for Murder in the First Degree but with the facts of the case there was a risk that Correa’s defense could win Voluntary Manslaughter due to Correa finding out about his wife’s alleged affair the same day as the murder.

On the other side, the defense knew (based on the facts) there was a chance the D.A. could get a jury to go for  First Degree Murder, it was a gamble either way. The D.A. didn’t want to take a chance of  Correa getting no jail time at all and the defense didn’t want to risk Correa getting 50 years. After some negotiations (and a last minute change of heart by Correa)  prosecution and defense  settled in the middle and Correa plead guilty to Second Degree Murder.  Officially Correa will receive 100%  of his sentence with 15% off for good time. That means  Correa has to serve at least 17 years of his sentence.  With the 14 months Correa’s has already served he could be out in  just under 16 years.