I65 Recovers After Multi-Vehicle Rollover Pile Up In Robertson County

WHITE HOUSE TENNESSEE: (Smokey Barn News) – It was slow going after a multi-vehicle rollover crash on I65 Friday morning.

Both North and Southbound traffic was affected for several hours while the Tennessee Highway Patrol investigated the crash and the vehicles and debris were cleared from the scene. The initial call came in at 5:54 am. By 10:30 am, traffic had still not fully recovered.

The crash occurred between Hwy 76 and Hwy 25 pushing traffic over to Hwy 31W. (LOCATION OF CRASH)

According to officials with Robertson County EMS, no injuries were reported and no one was transported from the scene.

As you can see in the photos, a pickup truck ended up on top of a passenger vehicle. The Tennessee Highway Patrol is leading the investigation into the crash but there’s no word on an exact cause at the moment.

One Official told Smokey Barn News, “Everyone was lucky today, it could have been much worse.”

The White House City Fire Department, Robertson County EMS, and the Tennessee Highway Patrol all responded to the scene. 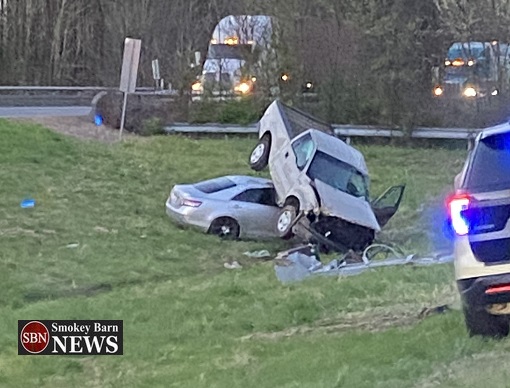 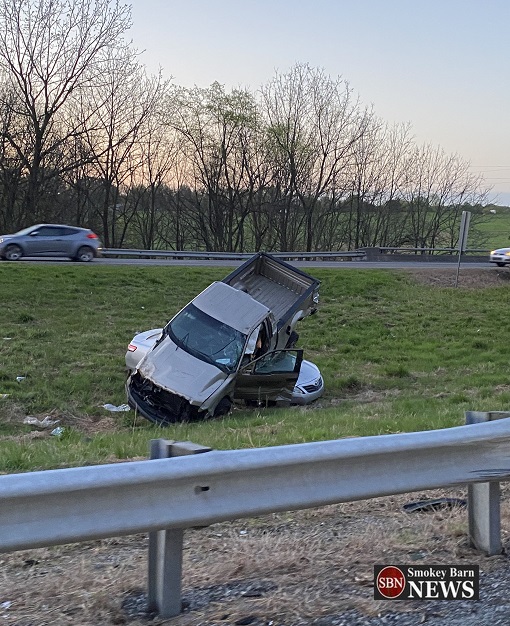