Arna was born September 16, 1957 in Robertson County to Reba Bowling Herndon and the late Harvey C. Herndon, Jr. She had worked at Wal-Mart as a cashier and was a member of Mt. Denson Cumberland Presbyterian Church. Arna loved to travel, and was an avid U.T. Vols and TN Titans fan. 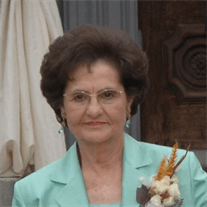 Mrs. Munday was born July 30, 1926 in Robertson County to the late John H. and Hettie Blanche Sawyers Johnson. She was a member of Grace Baptist Church and was a retired sales associate at Rena’s Dress Shop. She loved her grandchildren and great grandchildren and loved to cook, especially pecan pies, potato salad, and coconut cake. In addition to her parents, she was preceded in death by her husbands, Lewis Summers and William Guy “Buck” Munday; brothers, J.D. and Joe Burns Johnson; and sisters, Bessie Sue Johnson and Anna Owens. 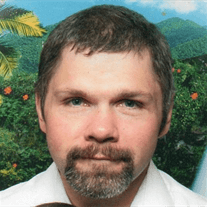 George Lee Green, age 38 of Adams died Friday March 25, 2016 at Skyline Madison Campus. Funeral services were held at 3 pm on Monday March 28, 2016 in the Oakhurst Chapel of the Robertson County Funeral Home with Bro. Buddy Rawls officiating. Burial followed in Bethlehem Cemetery with Brenda Carter, Linda Johnson, Bo Green, James Green, Lorne Green, Logan Green and Matthew Green serving as pallbearers. The family received friends at the funeral home on Monday from 10 am until the hour of service at 3 pm.

George was born January 31, 1978 in Robertson County, TN to the late Fred Green Sr. and Mary Ruth Osborne Green. He was a member of Bethlehem Baptist Church and worked as a mechanic. He loved to talk on the telephone and especially loved his son.

In her early years, Helen worked hard alongside her family and helped care for her younger brother Harry. She attended Jacksonville High School and met her husband Dewey Edwin Walley, Sr. over a monopoly game hosted by her sister Sue, who was married to Dewey’s brother.

They married September of 1952 and then worked side by side to build Walley Clegg Company, where she served as treasurer. She enjoyed investing in the stock market and has been described as a savvy business woman who was ahead of the times with investing. She was passionate about Alabama football and a big supporter for over 60 years.

Visitation was held Sunday, April 3, 2016 from 1-2 pm at K.L. Brown Memory Chapel in Golden Springs, AL with service at 2pm. Entombment followed in Forestlawn Mausoleum in Golden Springs, AL. In lieu of flowers memorial contributions are requested to the Alzheimer’s Association. Austin & Bell Funeral Home in Springfield is in charge of these arrangements. 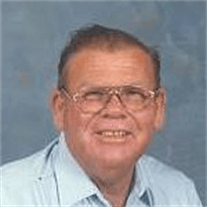 Mr. Whitaker was born in NY on August 20, 1929. He was preceded in death by his wife, Mary Agnes Whitaker; sons, Chester Whitaker, Wayne Whitaker and grandson, Kenneth Whitaker.

He was employed at the Amoco Station in Greenbrier for many years after his retirement as a Driller in the pipeline construction business. 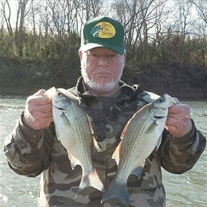 Terry Louis Lemmons, age 57, of Adams, passed away Thursday, March 31, 2016 at St. Thomas Midtown Hospital in Nashville. Funeral services will be held Monday, April 4, 2016 at 2pm in the chapel of the Austin & Bell Funeral Home in Springfield with Brother Jack Martin officiating. Burial will follow in the Bellwood Cemetery with family and friends serving as pallbearers. Visitation will be held at the funeral home on Sunday, April 3, 2016 from 2-8pm and on Monday from Noon until the hour of service at 2pm.

Mr. Lemmons was born August 18, 1958 in Springfield to the late Johnny and Dorothy Binkley Lemmons. He worked in the Shipping Department at Unarco.

Mr. Lemmons is survived by his wife, Vicki Heatherly Lemmons; sons, Chris (Rita Tolland) Lemmons and Alan (Caity Walker) Lemmons, both of Adams; brother, Ricky (Sharon) Lemmons of Springfield; sisters, Patricia (Jimmy) Thompson and Sherry Hester, both of Springfield; several nieces and nephews; and one grandchild on the way. Austin & Bell Funeral Home is in charge of these arrangements. 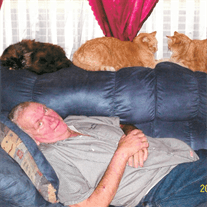 Tony Gleen Heatherly, Sr., age 66, of Greenbrier, passed away Sunday, March 27, 2016 at his home. Funeral services were held Wednesday, March 30, 2016 at 2pm in the chapel of the Austin & Bell Funeral Home in Springfield with Brother George Wade officiating. Burial followed in the Mt. Sharon Cemetery with Chris Barksdale, Bobby Rutland, Joe Woodard, Danny Dugger, Jeff Beal and Rod Nicholson serving as pallbearers. Visitation was held at the funeral home on Tuesday, March 29, 2016 from 4-8pm and again on Wednesday from 10am until the hour of service at 2pm.

Mr. Heatherly was born February 5, 1950 in Springfield to the late Willard M. and Pearztie Powell Heatherly. He worked as a truck driver.

In addition to his parents Mr. Heatherly is preceded in death by his wife, Linda Heatherly and his grandson, Tyler Clark. He is survived by his son, Tony (Courtney) Heatherly, Jr. of Greenbrier; daughters, Rhonda (Jason) Ronnow of Greenbrier and Tonya Landry of Nashville; brother, Joe (Jerry Peak) Heatherly of Nashville; sister, Carolyn (George) Dugger of Joelton; and grandchildren, Kristin Heatherly, Miranda Ronnow, Kylie Ronnow and Hailee Ronnow.

The Heatherly family would like to thank Donzella Hogan, Alive Hospice and especially Rachel Simon for their loving care of Mr. Heatherly. Austin & Bell Funeral Home is in charge of these arrangements. 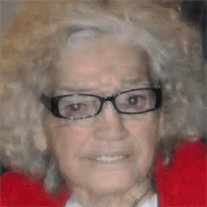 Phyllis Marie Flatt of Hendersonville, TN went home to be with the Lord on Saturday, March 26, 2016 at Alive Hospice, Madison Campus. Austin & Bell Greenbrier is in charge of arrangements.

Phyllis was born in Nashville, TN on March 19, 1934 to the late Ernest and Mary Webster. She was also preceded in death by a son, Ernest Michael Flatt; brother, Richard Glenn Webster; sisters, Louise Powell, and Edith Stricklin.
She was a Baptist and a homemaker. Families statement, “Our Mother has gone on to be with Jesus. We will miss her but she will always have that special place in our hearts forevermore”.