Clinton Ray Duffer, 28, of Cedar Hill, died Wednesday August 1, 2018 at Skyline Medical Center from injuries sustained in an automobile accident. Graveside services will be conducted Friday August 3rd at 4:00 p.m. in the Springfield Memorial Gardens with Dr. Steve Freeman officiating. Pallbearers will be Brent Duffer, Johnny Shelton, Jeffrey Shelton, Lincoln Farmer, John Rudolph Farmer, II, and Michael Farmer, Jr. There will be no visitation prior to the graveside service.

Clint was born March 14, 1990 in Robertson County. He worked both in the blasting industry and in farming. Clint was of the Baptist faith. He loved fishing, music, movies, Alabama football, and his dogs. Clint loved all of his family, especially his

nephew Tucker Ray. He was preceded in death by his father: Danny Ray Duffer, and by his grandparents: L.B. Duffer, Rudolph and Christine Farmer.

Memorial contributions may be made to the Clint Duffer Memorial Fund Donelle Dean Fuqua Birdwell, age 75 of Springfield-Madison TN, died Tuesday July 31, 2018 at the Portland, TN home of her daughter. Funeral services will be held at 1 pm on Friday August 3, 2018 in the Oakhurst Chapel of the Robertson County Funeral Home with Bro. Bob Cook officiating. Burial will follow in the Elmwood Cemetery with Jonathan Parker, Joshua Parker, Dalton Long, Clyde Dean, David Dean, Henry Dean, Bruce Dean and Jamie Fuqua serving as pallbearers. The family will receive friends at the funeral home on Friday from 11 am till 1 pm.

Donelle was born July 30, 1943 in Robertson County TN to the late Jimmy Powell Fuqua and Minerva Dean Fuqua. Her beloved grandmother, Jessie Taylor Dean also preceded her in death. She was a member of Oak Grove Baptist Church and was a retired medical receptionist with Neurological Associates in Nashville. Donelle lived for her children each day. Carrie L. Stanley, age 87 of Willard, MO, died Thursday, July 26, 2018 at Maranatha Manor in Springfield, MO. Her remains were cremated and graveside services will be held Saturday, August 4, 2018 at 11:00 AM in Greenbrier Cemetery with Tim Harris officiating. There will be no visitation prior to the graveside service.

Mrs. Stanley was born July 20, 1931 in Pleasant View to the late Samuel and Janie Louise Davis Moore. She was a caretaker. In addition to her parents, she was preceded in death by her husband, William R. Stanley and a sister, Jackie Moore.
She is survived by her son, Bill Stanley of Bannon, OR; daughter, Vickie Holloway of Willard, MO; sister, Peggy Meadows and husband Sammy of Greenbrier; 2 grandchildren; and 2 great grandchildren. Age 28 of Goodlettsville passed away Monday, July 30, 2018 at his home. He was born August 3, 1989 in Springfield, TN to Larry Briley and Micheline Patterson. He worked as a roofer for Kennedy Roofing Company. He was an avid UK basketball fan. He also loved the Nashville Predators, spending time with his family, music of all kinds, fishing and football. He also loved bragging about winning Fantasy Football-“That’s A Felony”.

Funeral service is scheduled for Saturday, August 4, 2018 at 2pm in the chapel of Austin & Bell Funeral Home in White House with Pastor Clay Baggett officiating. Interment will follow in Halltown Cemetery with family and friends serving as pallbearers. Visitation is planned for Friday, August 3, 2018 4-8pm and Saturday, August 4, 2018 10am until the time of the service at the funeral home. Memorial contributions are requested to help with funeral expenses made payable to Austin & Bell.

A Go Fund Me page has also been set up to help the family with funeral expenses. Age 91 of White House passed away Thursday, August 2, 2018 at The Hearth in Hendersonville. He was born February 9, 1927 in Cowan, TN to Fred Franklin and Berdie Kerley Henderson. He worked for Sears until his retirement. He then worked for Ingersoll Rand. He also served as Chief of the White House Volunteer Fire Department and proudly served his country in the US Navy, during WWII, and was a veteran of the Pacific Theater He loved attending auctions and yard sales and was a ferocious Rook player. He was a member of Goodlettsville Church of the Nazarene, where he served as an usher and as a deacon. The family will receive friends at the funeral home on Saturday, August 4th, from 3-8:00PM and again on Sunday beginning at 12:00PM until the hour of service at 2:00PM.

Mr. Felts was born on February 16, 1948 in Nashville, Tennessee to the late Haskell and Louise Harris Felts. He was a veteran of the U.S. Air Force, a retired employee of Nashville Electric Service, and a member of Mt. Zion Free Will Baptist Church.
In addition to his parents, he is preceded in death by two sisters, Geraldine Collins and Patricia Felts. Robert Andrew “Pee Wee” Bugg, age 54, of Springfield, passed away Wednesday, August 1, 2018 at NorthCrest Medical Center. A Graveside Service will be held Friday, August 3, 2018 at 2pm in the Springfield Memorial Gardens with Brother Gene Brown officiating. Burial will follow with family and friends serving as pallbearers.

Visitation will be held at the Austin & Bell Funeral Home in Springfield on Friday from 10am until 1:30pm.

Mr. Bugg was born February 27, 1964 in Springfield to the late Carl and Lizzie Slayton Bugg. He worked as a handy man.

In addition to his parents Mr. Bugg is preceded in death by his brothers, William His remains will be cremated and no services are planned at this time.
Mr. Eldridge was born on May 8, 1942 in Nashville, Tennessee to the late Fowler Bufford and Agnes Wingo Eldridge. He was a devoted husband, a loving father, a democrat and a union man. He also was a truck driver for Holland. He was a member and Deacon of Ivy Memorial Baptist Church.

He retired from Ford Glass Plant. He was a member of Centre Star Masonic Lodge #409 and Al Menah Shrine Temple.

Visitation and services are at Ivy Memorial Baptist Church, Nashville.

Visitation Friday August 3 from 4 – 7 p.m. Funeral is Saturday, August 4 at 11 am with burial at Forest Lawn Memorial Garden Goodlettsville, TN. Patricia Theresa Vreeland, age 67 of Hendersonville, passed away on Saturday, July 28, 2018 at her home.

She was preceded in death by her parents, John Warren and Doris Pearl Black. 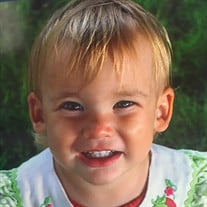 The family will receive friends at the church on Saturday, August 4th, from 3-7:00PM and again on Sunday beginning at 12:00PM until the hour of service at 1:00PM.

Amber was born on January 10, 2017 in Nashville, Tennessee.
She is survived by her parents, Samuel and Mary Ann Mast Yoder; her siblings; Verna, Daniel, Katie, John, Cindy, Elvan, Ferman, Steven, Luanne, Nathan, and Sheryl Yoder; grandparents, uncles, aunts, cousins, and a host of family and friends.