The family requests if so desired, memorial donations may be made to a church or charity of your choice. Mark Wayne Whitaker, age 61 of Gallatin and formerly of Robertson County, died Saturday, September 23, 2017 at the home of his daughter in Gallatin. Funeral services will be conducted Tuesday, September 26, 2017 at 3:00 PM in the Oakhurst Chapel of Robertson County Funeral Home. Burial will follow in Springfield Memorial Gardens with Daniel Wilkins, Terry Tidwell, Timmy Whitaker, Ray Draper, Matt Tidwell, Terry Wilkins, and Burt Duke serving as pallbearers. Honorary pallbearers will be Grayson Whitaker, Aaron Whitaker, and Eli Whitaker. The family will receive friends at the funeral home Monday from 4 until 8 PM and Tuesday from 12 noon until the hour of service.

Mr. Whitaker was born April 30, 1956 in Robertson County to the late Lester and Jeannie Kieger Whitaker. He was a veteran of the United States Marines and was of the Baptist faith. He loved fishing, hunting, and playing golf.

He is survived by his sons and daughters-in-law, Wayne Allen Whitaker of Franklin, KY, Michael Bryan and Ashley Whitaker of Princeton, KY, and Mark Bradley and Rebecca Whitaker of Portland; daughters and sons-in-law, Laura Jean and Terry Tidwell of Gallatin and April Marie and J.R. Stone of Winchester; brothers, James Earl Whitaker of Barren Plains, Jerry Whitaker of Adams, and Timothy Whitaker of Nashville; sister, Linda Kaye Stratton of Springfield; and 13 grandchildren. The family will receive friends on Wednesday, September 27th from 10am to 12 pm a at Austin & Bell Funeral Home Greenbrier with the funeral following at 12 pm at the funeral home. Burial will follow in the Greenbrier Cemetery.
Reba way born March 2, 1943 in Hendersonville, TN to the late William Edward Eidson, Sr. and Ethel Steele Eidson Presley. She was also preceded in death by brothers; Ray Eidson, William Edward Eidson, Jr., James Howard Eidson, Samuel Robert Eidson, Gene Eidson and John Wesley Eidson.

She was employed as a Custodian with Metro Davidson County Schools. She is survived by one sister, Geneva Akin of Hendersonville and many nephews and nieces. Family and friends will serve as pallbearers.

Services have been entrusted to Austin & Bell Funeral Home Mr. Spicer was born June 17, 1957 in Nashville, Tennessee to the late Mayne M. and Ruby Mae Spicer, Sr. He was a retired electrician and a member of the IBEW Local #429 in Nashville.
In addition to his parents, he is preceded in death by a grandson, Cody Elvis Clark; and sister-in-law, Joyce Warren.

If so desired, memorial contributions may be made to the IBEW Local #429 Brotherhood Fund. Age 83 of Nashville, TN went home to be with the Lord Thursday. September 21, 2017 at NHC Nursing Home in Springfield. She was born September 30, 1933 in Nashville, TN to Walter and Lucy Fuller Graham. She attended Joelton High School She worked a a switchboard operator for Western Electric/AT&T before her retirement in 1985. She was a member of Northwood Baptist Church and the Whites Creek Lodge of Eastern Star. She is preceded in death by her parents; husband, Frank Pyle; 4 brothers, Ellis Graham, Dave Graham, Billy Graham and Bobby Graham; 2 sisters, Frances Simpkins and Erma Jones. Rebecca Jane Blair, aka Becky, was born in Albuquerque, New Mexico. She moved from air base to air base as the child of William Guy Blair and Peggy Sue Clark Blair. In 1967 she moved to Knoxville, Tennessee where she attended Central High School. She graduated in 1971 and began her working career at Miller’s department store. In 1973 she met her future husband, William Peterson, and after a five year courtship they were married at St. James the Fisherman Episcopal Church in Key Largo. They would go on to almost 39 years as man and wife.

She worked at Miller’s until 1978 when she began her career with the University of Tennessee. Upon marriage she moved to Nashville, Tennessee. She began working for a branch of the Institute of Public Service, known as the Center for Industrial Services. The Center took on an expanded role in the 1980’s and Becky rose from secretary to manager. During her work at UTCIS, she became involved with a pilot program for small businesses wanting to do business with the Department of Defense. The Procurement Technical Assistance Centers [PTAC} allowed Becky to become involved with an association she proudly served for over 30 years. In 2005 she served APTAC as their President. Her continued interest lead to the position of Executive Director following her retirement from the University of Tennessee in 2009. Her knowledge of the program and her work with the congressional leadership aided in the education of our elected leaders.

In 1981 Becky became a mother, when she gave birth to her son, Eric Richard Peterson. For the next 36 years she raised a wonderful young man who serves the public as a fire fighter and an EMT. Eric is married to Beth McDowell Peterson. In 2013, Becky became a grandmother when Mac William Peterson was born. Known as’ Bebe’ to Mac she loved her grandson dearly.

The family receive friends on Sunday, September 24, from 2:00pm until her Celebration of Life Memorial Service at 3:00pm from the chapel of Austin and Bell Funeral Home, Hendersonville, with Dr. Larry Gilmore officiating.

In Lieu of Flowers the family would appreciate a donation to the Saint Thomas Midtown Hospital NICU.

Services have been entrusted to Austin & Bell Funeral Home and Cremation Service, in Hendersonville TN. Visitation was held from 4:00 to 8:00 PM on Friday, September 22, 2017 at Austin and Bell Funeral Home in Springfield and again on Saturday, September 23rd at Oak Grove Baptist Church in Springfield from 12:00PM until the hour of Service at 2:00PM. Burial followed the funeral at Greenwood Cemetery in Adairville, Kentucky at 3:00 PM. Dr. Thomas Eden of Oak Grove Baptist Church will be officiating.

Mr. Grayson was born in Adairville, Kentucky on February 4, 1937 to the late Edgar and Lois Bennett Grayson. He worked at Bell South for over 30 years. He loved the Lord and his church families at Oak Grove and Whippoorwill Baptist Churches.

grandchildren Derek Hendricks (Catherine), Emma Villareal (Jon), Grayson Murphy; his five great grandchildren; his sister, Joyce Faye Smith of Waxaw, NC; his nieces and nephews; and the rest of his family and friends.

If so desired memorial contributions may be made to Oak Grove Baptist Church. Any donations may be sent in c/o Austin & Bell. Julie Lynn Miller Heath, May 12, 1954 – September 20, 2017.
Our precious Julie has left us in this world and gone to Heaven to be with the loved ones who have made the journey ahead of her. She was preceded in this journey by her beloved grandparents Anne and Jimmy Hutchison, her step-father, Ed Chauvin, and her sister, Rose Platt.

She is survived by husband, Bill; daughter, Maria; mother, Sara Chauvin; and sisters, Lisa Patton, LuAnn Walker, and Patsy Jones. She is also survived by step-son, Ronnie Heath and family and nephew, Adam Clark and family.
Julie was a unique and special person, and she touched many lives. She was the epitome of the word “Selfless”. She literally put the feelings of others before her own. She loved babies, wildflowers, hummingbirds, sunrises and sunsets, full moons, hiking in the woods and walks on the beach.

We would like to express our gratitude to all who had kind thoughts and prayers for Julie during her three-year battle with cancer. We especially want to thank Dr. Waleed Khalaf and his entire staff (Julie’s Angels!) for their loving and tender care. She loved you more than you can imagine. We also want to thank our ESa family who has been supportive in every way possible.

We would like to invite those who knew and loved Julie to an Informal Gathering of Remembrance and Final Goodbyes at Austin and Bell Funeral Home in Pleasant View on Saturday, September 30, 2017 from 2o’clock pm until 5o’clock pm.
In lieu of flowers, please donate to Walden’s puddle or animal shelter of your choice. Donations may be sent in care of Austin and Bell Funeral Home. 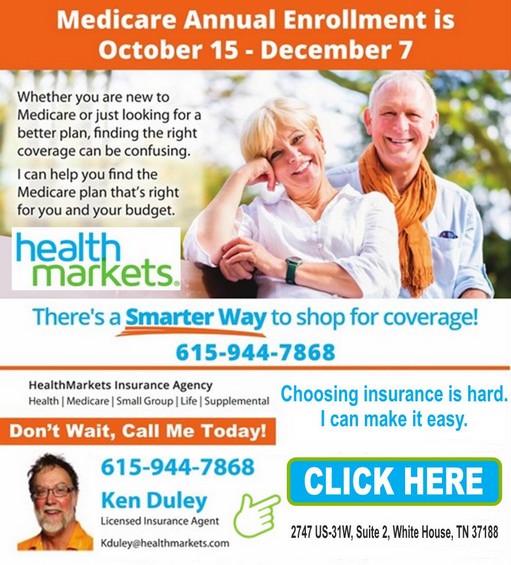