George Lee Green, age 38 of Adams died Friday March 25, 2016 at Skyline Madison Campus. Funeral services will be held at 3 pm on Monday March 28, 2016 in the Oakhurst Chapel of the Robertson County Funeral Home with Bro. Buddy Rawls officiating. Burial will follow in Bethlehem Cemetery with Brenda Carter, Linda Johnson, Bo Green, James Green, Lorne Green, Logan Green and Matthew Green serving as pallbearers. The family will receive friends at the funeral home on Monday from 10 am until the hour of service at 3 pm.

George was born January 31, 1978 in Robertson County, TN to the late Fred Green Sr. and Mary Ruth Osborne Green. He was a member of Bethlehem Baptist Church and worked as a mechanic. He loved to talk on the telephone and especially loved his son. 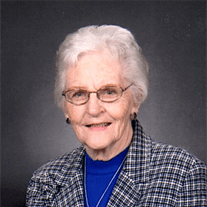 Elsa Arline Revitte, age 91 of Springfield, TN died Friday March 25, 2016 at Skyline Medical Center. Celebration of Life services will be held at 1 pm on Monday March 28, 2016 in the Oakhurst Chapel of the Robertson County Funeral Home with Dr. James Dean officiating. Burial will follow in Springfield Memorial Gardens with Kelvin Penuel, Ron Ebright, Jimmy Elliott, Walton Walker, Jessie Gainous, Bill Simmons, and Glenn Roberts serving as pallbearers. The family will receive friends at the funeral home on Sunday from 2-6 pm and again on Monday beginning at 11 am until the hour of service at 1 pm.

Born March 9, 1925 in Ogden, UT to the late John and Elsie Green Francis, Elsa was a member of Springfield Baptist Church and the Gideon’s International Auxiliary. She was a retired hostess in the hospitality industry.

Mrs. Revitte is survived by her husband, John W. Revitte Sr., of Springfield; son and daughter-in-law, John and Donna Crawford of Peoria, AZ; daughters and sons-in-law, Linda and Robert Bentley of W. Palm Beach, FL, Jeannie Olsen of Hamilton, IL, Kathryne and Michael Tuckey of St. Louis, MO; step-son and spouse, John W. Revitte, Jr. and Pam of San Diego, CA; step daughters and spouses, Ruth Cropper and Tom of Senatobia, MS; Jacquline Denney and Kevin of Homeland, CA; twenty-one grandchildren, eighteen great grandchildren and nine great great grandchildren.
The family request that if so desired, memorial contributions may be made to Gideons International. All donations may be sent in care of the Robertson County Funeral Home. 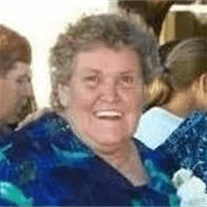 Martha Braswell Lewis, age 77, of Smyrna and formerly of Springfield, passed away Wednesday, March 23, 2016 at Alive Hospice in Nashville. Funeral services were held Saturday, March 26, 2016 at 2pm in the chapel of the Austin & Bell Funeral Home in Springfield with Reverend Susan Nooe Rock officiating. Burial followed in the Hopewell Cemetery with family and friends serving as pallbearers. Visitation was held at the funeral home on Saturday from 11am until the hour of service at 2pm.

Mrs. Lewis was born February 8, 1939 in Springfield to the late Dixie and Margaret James Braswell. She was a homemaker and a dear, sweet, wonderful woman.

In addition to her parents Mrs. Lewis is preceded in death by her sister, Marjorie Bennett and her infant son, Roger Lee Minton. She is survived by her husband, James Lewis; sons, David (Jane) Lewis of Murfreesboro and James Lewis of Pikeville; daughters, Cindi (Cary) Power of McKinney, TX and Debbie (Ken) Herrmann of Highlands Ranch, CO; brothers, Terry Lynn (Julie) Braswell of White House, Dickie (Lynne) Braswell of Springfield and Dale (Melissa) Braswell of Smyrna; sister, Sara (Ken) Gamble of Springfield; grandchildren, Michael Minton, Andrew Herrmann, Ashley Herrmann and Hunter Lewis; and great-grandchild, Olivia Minton, all of whom will miss her very much. Austin & Bell Funeral Home in Springfield is in charge of these arrangements. 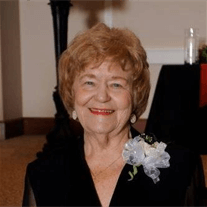 Rebecca Shrum of Hendersonville, died on Friday, March 25, 2016 at her home. She was born on March 6 in Fayetteville, Tennessee to the late Phillip E. and Ruby Rogers Monks. She was a retired RN and was a member of the Hendersonville Church of Christ. She wanted to be remembered as “A Christian, Good Mother, Good Nurse, Good Mother-in-law”. Another quote is “I want to always be able to take care of self and other.”

Celebration of Life Services will be conducted at 11:00am on Wednesday, March 30, 2016 at the Hendersonville Church of Christ with Drew Crosby and Keith Parker officiating. Burial will follow in the Hendersonville Memory Garden. Visitation with the family will be held on Tuesday from 3:00pm – 8:00pm at the Austin & Bell Funeral Home and Cremation Service in Hendersonville. There will also be visitation on Wednesday from 10:00am – 11:00am at the Hendersonville Church of Christ prior to her Celebration of Life Service. The family request donations be made to Alive Hospice 1718 Patterson Street, Nashville, TN 37075. Austin & Bell Funeral Home is in charge of arrangements. 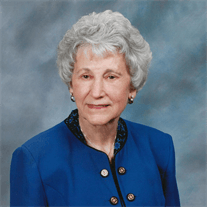 Vivian Cheek Bush age 95 of Hendersonville died on Friday, March 25, 2016 at NHC in Gallatin. She was born on January 28, 1921 in Columbia, Tennessee to the late Jesse and Rachel Hughes Cheek. In addition to her parents she is preceded in death by her husband of 59 years, Frank Bush; granddaughter, Brandie Wilson; brother, Oslin Cheek. She worked at Bush Jewelers for 49 years and was a longtime member of the First Baptist Church in Hendersonville and loved her Church, Family and Friends.

Donald Edward Nash, age 72, of Springfield, passed away Friday, March 25, 2016 at NHC Healthcare. A graveside service will be held Saturday, March 26, 2016 at Oakland Cemetery at 1pm with Brother Larry Marlar officiating. Burial will follow with family and friends serving as pallbearers. Visitation will be held at the Austin & Bell Funeral Home in Springfield on Saturday from 9am until 12:30pm.

Mr. Nash was born August 7, 1943 in Robertson County to the late Jack and Nannie Hulsey Nash. He worked as a farmer and belonged to the Assembly of God. Mr. Nash loved to walk and was often seen walking in the Springfield area.