In Loving Memory: Obituaries Of The Week January 2, 2017 Mary Laura Wright McKisic born April 27, 1930 in Cedar Hill in Robertson County, TN. She was one of eight children born to Lizzie and John Wright.

She was married to James O’Neal McKisic for 47 years presently of White House TN. She attended schools in the Robertson County public school system. Mary was employed at Vanco Nursing Home for a period of time where she resided for the past year and a half until God saw fit to take her home. After a prolonged illness Mary ended this journey January 1, 2017.

Funeral service will be conducted Thursday, January 5, 2017 at 11:00 AM in the Oakhurst Chapel of Robertson County Funeral Home with Pastor Robert E. Bell officiating. The family will receive friends Wednesday from 5 until 7 PM and Thursday from 10 AM until the hour of service. Bertha Jane West, age 84 of Greenbrier, died Friday, December 30, 2016 at her home. Funeral services will be conducted Monday, January 2, 2017 at 1:00 PM in the Oakhurst Chapel of Robertson County Funeral Home with Bro. Jack Evans officiating. Burial will follow in Springfield Memorial Gardens with Casey West, Chris Rager, Kris Redke, Josh Rager, Joseph Rager, Jamie Cook, and Nathan West serving as pallbearers. The family will receive friends at the funeral home Sunday from 1 until 5 PM and Monday from 11 AM until the hour of service.

Mrs. West was born July 6, 1932 in Sumner County to the late William M. and Effie Mae Lassiter O’Neal. She was a member of Ebenezer Baptist Church and was retired from Acme Boot. She loved and enjoyed spending time with her family. In addition to her parents, she was preceded in death by her husband, Fred Rayburn West; daughter, Joanie Ellis; brothers, Lawson Wiggins, William M. O’Neal, Jr. and Vernon O’Neal; and sisters, Louise Harper, Ruth Fuqua, and Helen Allen.

The family request, if so desired, for memorial contributions to be made to the Ebenezer Baptist Church Building Fund. All donations can be sent c/o Robertson County Funeral Home.

Mrs. Sanders was born September 28, 1920 in Logan County, KY to the late Wade and Minnie Allen Pitts. She was a member of Adairville United Methodist Church and was retired from Auburn Hosiery Mills. She also had a lifetime membership at the Red River Fish and Game Club. In addition to her parents, she was preceded in death by her husband, James Rudolph Sanders; daughter, Shirley Kay Smith; son-in-law, Billy Smith; brother, Wade Pitts, Jr.; and sisters, Christine Pitts and Annie Sue Pirtle.

She is survived by her granddaughter, Christie Smith of Russellville, KY; brothers, T.G. Pitts and David Pitts, both of Adairville, KY; and several nieces and nephews.

The family request, if so desired, for memorial contributions to be made to a charity of your choice. Obituary By The Robertson County Funeral Home.

Ronnie Stewart, age 62 of the Lamont Community in Springfield, died Sunday, January 1, 2017 at his home. Funeral services will be conducted Friday, January 6, 2017 at 11:00 AM in the Oakhurst Chapel of Robertson County Funeral Home with Bro. David Dean, Bro. Donnie Clemons, and Bro. Steve Pendley officiating. Burial will follow in Williams Chapel Cemetery with Charlie Hanner, Jimmy Underwood, Kenneth Bracy, Randy Ford, John Pearson, Bryant Warren, Robert Lynn, and Mike Mason serving as pallbearers. Honorary pallbearers will be Jeff Cherry, David Moore, Mark Raley, and John Denning. The family will receive friends at the funeral home Thursday from 2 until 8 PM and Friday from 9 AM until the hour of service.

Mr. Stewart was born December 12, 1954 in Robertson County to the late Billy E. and Mary Lawrence Stewart. He was a member of Williams Chapel Baptist Church and was a devoted husband, father, and grandfather. He worked as a truck driver for HOH and also was a farmer. Many in the community knew him in his days of umpiring softball at Orlinda City Park.

He is survived by his wife, Ann Stewart of Springfield; son and daughter-in-law, Jason and Kelly Stewart of Cedar Hill; daughters and sons-in-law, Lanette and Jack

The family request, if so desired for memorial; contributions to be made to Williams Chapel Baptist Church. All donations can be sent c/o Robertson County Funeral Home. Mrs. Greer was born June 1, 1941 in Macon County to the late Ben Hooper and Mattie Pauline Barton Jenkins. She was a retired nurse with the former ElmHurst Nursing Home in Springfield and she was dedicated to her patients. She enjoyed her swimming pool, arrowhead hunting, playing softball, the senior Olympics, and traveling. In addition to her parents, she was preceded in death by her husband, David N. Greer.

She is survived by her sons and daughters-in-law, Joseph and Jenny Greer and Jason and Dana Greer, all of Springfield; daughters and sons-in-law, Joni Annette Thompson, Julie and Chris Rawls, and Jamie Allison and Kevin Cole, all of Springfield; brothers and sisters-in-law, Ben and Sue Jenkins of Atlanta, GA, James and Georgia Jenkins of Castalian Springs, Neil and Pauline Jenkins of Gallatin, and Mike and Cynthia Jenkins of Portland; 11 grandchildren; and 13 great grandchildren. 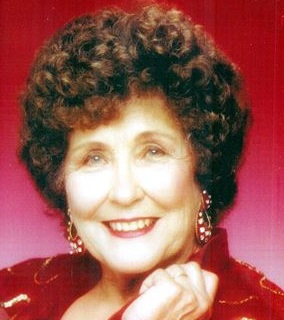 Annie Adcock Pentecost, age 89, of Madison and formerly of Cedar Hill, passed away Thursday, December 29, 2016 at Skyline Medical Center in Nashville. Funeral services were held Saturday, December 31, 2016 at 1pm in the chapel of the Austin & Bell Funeral Home in Springfield with Brother Walter George officiating. Burial followed in the Springhill Cemetery in Ridgetop with Terry Carlisle, Justin Pentecost, Stephen Pentecost, Ronnie Osborne, Glenn Haley, Joe Bo Edwards and Josh Edwards serving as pallbearers. Visitation was held at the funeral home on Friday, December 30, 2016 from 4-8pm and again on Saturday from 11am until the hour of service at 1pm.

Mrs. Pentecost was born April 22, 1927 in Robertson County to the late Thomas and Jessie Elam Adcock. She was a homemaker and member of Calvary Pentecostal Church. Mrs. Pentecost was kind and loving and it was well known that she gave birth to only six children but was a mother to many, many more.

In addition to her parents Mrs. Pentecost is preceded in death by her husband, J.R. Pentecost; her brothers, Ewing Adcock and Leonard Adcock; and her sisters, Janie Adcock, Marie Heil and Frances Adcock. A celebration of his life will be held in the near future in the chapel of Austin & Bell Funeral Home in Pleasant View. Following the service his ashes will be interred at the Attebery Farm Cemetery in the Thomasville community.

J.R. was born February 14, 1986 in Winter Springs, Florida. He worked as a TDOT Help Truck Driver for the State of Tennessee and was an Assistant Football Coach for Cheatham County Central High School. J.R. was a man of faith, a devoted father, a brother, mentor to many, and a friend to all.

He is preceded in death by his parents. Survivors include his son, Owen Scott Rogers of Clarksville; sister, Teresa Miller and nephew, Jace Miller of Pleasant View; grandfather, Bob Rogers of Hollywood, Florida; fiancé, Rachel Cunningham of

In lieu of flowers, the family requests that donations be made to the J. R. Rogers Memorial Fund.
All donations may be made in care of Austin & Bell Funeral Home in Pleasant View. Charles Douglas Thomas, age 86 of Hendersonville, Tn. passed away on Sunday, January 1, 2017. He was a member of Brush Hill Cumberland Presbyterian Church for over 50 years.

His family will receive friends from 11 a.m until his Celebration of Life Service at 1 p.m. on Thursday, January 5, 2017 at Austin and Bell Funeral Home, Hendersonville.

Services will be conducted by Rev. Kenny Butcher. Mr. Thomas grandchildren will serve as pallbearers. Interment will be in Woodlawn Memorial Park. In lieu of flowers the family request that memorial contributions should be made to the Brush Hill Cumberland Presbyterian Church Building Fund. Services entrusted to Austin and Bell Funeral Home, Hendersonville,TN. “Bullwinkle”-Age 73 of White House passed away Monday, January 2, 2017 at Specialty Select Hospital in Nashville. He was born July 5, 1943 in Jacksonville, FL to William Allen and Alicia Graham Barber, Sr. He worked in maintenance for Kroger. He proudly served his country in the U.S. Navy. He loved trains, airplanes and building his 1929 Ford car. He was a member of the RC Tractor Pulling Club. He is preceded in death by his parents; wife, Elma Ruth Briggs Barber; sister, Nancy (Wallace) Powell.