In Loving Memory: Obituaries Of The Week January 9, 2017 The family request if so desired, memorial contributions may be made to the North American Missions Board. All donations may be sent in care of the Robertson County Funeral Home. With a lovely smile and enthusiastic nature, Diane Moore Williams never met a stranger. Throughout her well-lived life, she continued to have a spirit of “Friendliest” and “Best-All-Round,” just as she was voted in high school.

Born April 5, 1930, the only child of the late Margaret Dowlen and Hiram Duncan Moore, Diane was a gracious hostess, whose wit and sense of humor were a blessing to all.

She attended Springfield High School, lettering in basketball and cheerleading, and was president of the Sub-Deb Club. Her 1948 graduating diploma was presented to her by her father, Duncan Moore, long-time Commissioner of Schools. She graduated from Vanderbilt University in 1952 and was a member of Alpha Omicron Pi Sorority.

Diane married Richard Allen “Dick” Williams, a USDA tobacco grader & supervisor, in June 1953. Together they enjoyed golf and traveling. She was known by many in the county as a substitute teacher, who frequently took books to read to her classes. She worked for the Welfare Department, was a life-long member of Springfield First United Methodist Church, and a member of Springfield Country Club.

A faithful community volunteer and supporter, she was a longtime member of the Charlotte Reeves Robertson Chapter Daughters of the American Revolution and Robertson County Historical Society. She assisted in documenting cemeteries in the county, culminating in the Cemetery Records of Robertson County series, and supported the YMCA.

A health and competitive sports enthusiast, Diane won her college sorority’s Intramural Ping Pong championship (and could still beat male challengers in later years), made a hole-in-one during the Lebanon Golf and Country Club’s Ladies Invitational Tournament in 1997, and enjoyed tennis, classes at the YMCA, her long-time bridge clubs, and playing cards at the Senior’s Center.

If so desired, the family requests donations to Springfield First United Methodist Church. 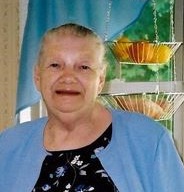 Dorothy Mae Byard Hulsey, age 85, of Springfield, TN, passed away Saturday, January 7, 2017 at her home. A Graveside Service will be held Wednesday, January 11, 2017 at 2pm in the Elmwood Cemetery in Springfield with Brother Jack Batson officiating and family and friends serving as pallbearers. Visitation will be held at the funeral home on Wednesday from 11:30am to 1:30pm.

Mrs. Hulsey was born May 28, 1931 in Montgomery County, TN to the late Matthew Edmondson and Ida Bromley Byard.

In addition to her parents, Mrs. Hulsey was preceded in death by her husband, James Edward Hulsey; and son, Bobby Hulsey.

Austin & Bell Funeral Home in Springfield was in charge of these arrangements. John Wesley Strange, Jr., age 87, of Springfield, TN, passed away Friday, January 6, 2017 at Morningside Assisted Living. Funeral Service will be held Tuesday, January 10, 2017 at 11am in the chapel of the Austin & Bell Funeral Home in Springfield with Brother Joe Rushing officiating. Burial will follow at the Adams Cemetery in Adams, TN. Visitation will be held at the funeral home on Monday from 4pm until 7pm and then Tuesday, from 10am until hour of service.

Mr. Strange was born April 11, 1929 in Burns, TN to the late John Wesley and Sallie Pauline Watts Strange, SR. He served in the Air Force and was a mail carrier for the US Post Office.

In addition to his parents, Mr. Strange was preceded in death by his step-mother, Grace Youngblood Strange; brothers, Gordon Cyril Strange and Charles Edwin Strange; and sister, Mona Sue Belt.

Austin & Bell Funeral Home in Springfield was in charge of these arrangements. Margaret “Peggy” Rudd, age 86, of Greenbrier passed away Thursday, January 5, 2017 at her residence.

She was born in Florida on February 18, 1930 to the late Lyman and Vivian Whetstone Willis. She was also preceded in death by her husband, Hubert Rudd and a son, Elzy Rudd. A visitation will be held Saturday, January 14, 2017 from 2:00pm to 7:00pm., Austin and Bell Funeral home in Springfield. There are no services planned at this time. Calvin Murray Cohea, age 83, of Greenbrier, passed away Saturday, January 7, 2017 at NHC Healthcare. Funeral services will be held Thursday, January 12, 2017 at 11am in the chapel of the Austin & Bell Funeral Home in Springfield with Reverend Linda Hatcher and Brother Buddy Rawls officiating. Burial will follow in the Springfield Memorial Gardens with Ricky Cohea, Tony Cohea, Thomas Cohea, Michael Cohea, Matthew Cohea and Mark Cohea serving as pallbearers. Honorary pallbearers are Wayne Holman and Gary Cohea. Visitation will be held at the funeral home on Wednesday, January 11, 2017 from 2-8pm and again on Thursday from 9am until the hour of service at 11am.

Mr. Cohea was born February 24, 1933 in Barren Plains to the late Claude and Lois Murray Cohea. He worked for the State of TN and was of the Presbyterian faith. “Bullwinkle”-Age 73 of White House passed away Monday, January 2, 2017 at Specialty Select Hospital in Nashville. He was born July 5, 1943 in Jacksonville, FL to William Allen and Alicia Graham Barber, Sr. He worked in maintenance for Kroger. He proudly served his country in the U.S. Navy. He loved trains, airplanes and building his 1929 Ford car. He was a member of the RC Tractor Pulling Club. Russell Lee Hodge, age 64, of Springfield, passed away Friday, January 6, 2017 at Centennial Medical Center in Nashville. No memorial services are planned at this time.

Mr. Hodge was born November 7, 1952 in England to the late Lee Roy and Eunice Thompson Hodge. He was a veteran on the U.S. Army, was an ironworker and was a Christian.

In addition to his parents Mr. Hodge is preceded in

death by his brother, Stanley Hodge. He is survived by his wife, Deborah Marsh Hodge; son, Shannon Thompson of Springfield; daughter, Tonia Meadows of Greenbrier; sisters, Barbara Todd of Evansville, IN, Peggy Ecker of Colorado and Carol Lewis of Tuscan, AZ; and grandchildren, Destiny McQuirt and Christopher Adcock. Age 64 of White House passed away Friday, January 6, 2017 at Skyline Medical Center. He was born May 31, 1952 in Nashville, TN to Gene Thomas and Beatrice Harper Cothron. He worked as an electrician. He was involved in various activities including hunting, fishing, the saddle club, civil war reenactment and the MBK motorcycle club.