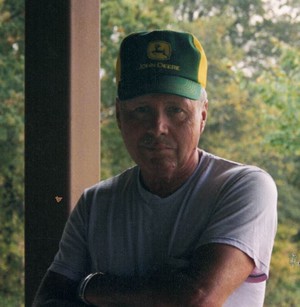 In addition to his parents he is preceded in death by his daughter, Kelly Groves, and brother, Clifton Groves.

Funeral service will be 2 p.m. on Wednesday, May 23, 2018 at Wilkinson & Wiseman Funeral Home with Bro. Gary Pardue officiating. 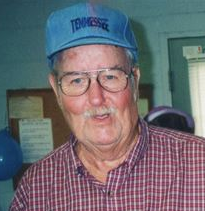 Jerry Dotson Elliott, age 79 of Adairville, KY, died Tuesday, May 22, 2018 at Jenny Stuart Medical Center in Hopkinsville, KY. Funeral services will be conducted Friday, May 25, 2018 at 1:00 PM in the Oakhurst Chapel of Robertson County Funeral Home with Pastor Phil Scott officiating. Burial will follow in Lights Chapel Cemetery with William Elliott, Jerry Smith, Jr., Caleb Elliott, Colby Elliott, and James Traughber serving as pallbearers. The family will receive friends at the funeral home on Friday from 10 AM until the hour of service.

Mr. Elliott was born August 30, 1938 in Robertson County to the late William Hugo and Margaret Elizabeth Stubblefield Elliott. He was a member of Living Word Church and was a painter. He enjoyed gardening most of all and also enjoyed going to yard sales and fishing. In addition to his parents, he was preceded in death by his wife, Lois Ann Eidson Elliott; brothers, Donald, Bobby, and Charles Elliott; and sisters, Nancy Markham and Betty Fry. Robert Joel Farmer, 75, of Springfield, died Sunday May 20, 2018 at NHC Healthcare in Springfield. Funeral services will be conducted Wednesday May 23rd at 11:00 a.m. in the Oakhurst Chapel of the Robertson County Funeral Home with Reverend Michael Smith officiating. Interment will follow in Springfield Memorial Gardens with Steve Boyd, Roger Sanders, Tyler Farmer, Joey Farmer, Billy Holman, and Brandon Kimbrough serving as pallbearers. The family will receive friends on Tuesday from 4:00 p.m. until 8:00 p.m. and on Wednesday from 9:00 a.m. until service time at the funeral home.

Mr. Farmer was born March 15, 1943 in Robertson County to the late Robert Hassell and Lula Elliott Farmer. He was a retired material handler from Wilson Sporting Goods and was a member of North Springfield Baptist Church. Mr. Farmer loved horses and dogs. In addition to his parents, he was preceded in death by his son: Age 77 of White House passed away Tuesday, May 22, 2018 at her home. She was born May 2, 1941 in Springfield, TN to Clebren Elvis and Mary Margaret Bollinger Krisle. She worked as a homemaker and was a member of White House First United Methodist Church. She enjoyed cooking and watching football on television. She especially liked the Tennessee Vols and the Titans. She is preceded in death by her parents; husband Douglas Tate; brother, Jerry Krisle. Visitation will be held at the funeral home on Friday, May 25, 2018 from 4-8pm and again on Saturday from 12Noon until the hour of service at 2pm.

Mrs. Gill was born October 30, 1929 in Clarksville, TN to the late Jack Lee and Mary Louise McGhee Cornell. She was a homemaker and member of the Adams United Methodist Church.

Mrs. Gill is survived by her sister, Linda Cornell Kimbrough of Burns, WY; and several loving nieces and nephews.

If so desired memorial contributions may be made to the Adams United Methodist Church. Any donations may be sent in c/o Austin & Bell. She was born November 2, 1967 in Springfield, TN to William Edwards and Ruby Hulsey Greer. She was preceded in death by as step-sister, Gina Greer.

She was a housewife and had previously worked in furniture refinishing. Marion Lewis Waller, Sr., age 79 of Nashville, passed away on Friday, May 18, 2018. He was a wonderful husband, father, grandfather and great-grandfather. He retired from Yellow Freight after 39 years of service; and he enjoyed NASCAR and old Western movies.

He is preceded in death by his daughter, Diane Bellini; his granddaughter, Dakota Waller; his parents, Howard and Nellie Waller; two brothers and four sisters.

The family has entrusted services to Austin & Bell Funeral Home and Cremation Service in Hendersonville, Tn. Johnnie “Mark” Krisle, age 57, of Springfield, passed away Tuesday, May 15, 2018 at his home. A private Memorial Service will be held at a later date.

Mr. Krisle was born January 14, 1961 in Nashville to the late Wilburn Edgar and Ellen Marie Clinard Krisle. He was a self-employed General Contractor. Mr. Krisle was a kind and loving father and grandfather who was always happy and had a smile on his face. He was a man of few words but when he did speak everyone listened.