JOELTON TENNESSEE: (Smokey Barn News) – The First Horizon Bank, located at 4410 Whites Creek Pk, was robbed at gunpoint Monday afternoon and police believe they have one of two suspects in custody, according to the Metro Nashville Police Department.

According to Metro officials, the arrest was the result of coordinated work by Metro Nashville PD’s North Precinct officers, Aviation, and the FBI. The effort led to the arrest of Frederick Carney, 31, a fugitive and a suspect in the robbery at the First Horizon Bank near Joelton which occurred at 3:25 p.m. Monday afternoon. MAP Carney is one of two suspects wanted for the robbery. The other suspect is still at large.

According to the Metro Nashville Police Department, a security person was overpowered and one shot was fired during the robbery but no one was hurt.

Carney was arrested in the back yard of a home on 23rd Av N while trying to flee from law enforcement, officials said. He is wanted on an outstanding state warrant for a Smyrna bank robbery and an outstanding federal warrant for the robbery of a check-cashing business in Greenbrier, TN.

UPDATE: Smokey Barn News has just confirmed with officials in Greenbrier that Frederick Carney is indeed a suspect they developed during their investigation of an armed robbery of the Cash Express on Hwy 41 back on April 20. FULL STORY

“Many different jurisdictions participated and a lot of hard work went into the investigation that led to the development of Frederick Carney as a suspect, ultimately leading to his apprehension by Metro Nashville and the FBI today,” said  Lt. Buster Locklayer with the Criminal Investigation Division of the Greenbrier Police Department. “We would like to thank everyone, including the FBI, that participated in Carney’s capture before anyone was hurt.”

No injuries were reported. 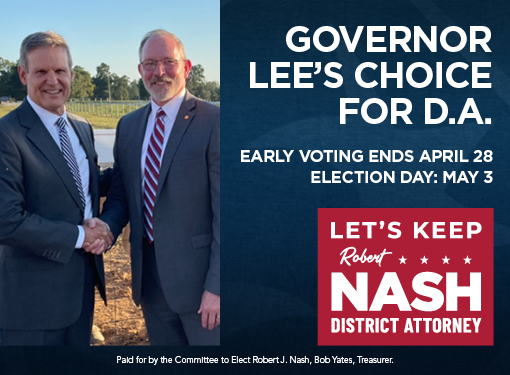