Detectives with the Robertson County Sheriff’s Office believe they have solved 22 burglaries and 15 property thefts in the past few weeks. These burglaries and thefts have mostly taken place in the western and eastern portions of the county. Police say, four different groups of suspects are responsible for these incidents.

On December 16, 2014, detectives captured three juveniles (not named in this report) allegedly responsible for 6 burglaries. One of these incidents was a home invasion of an elderly female. These juveniles were primarily taking Christmas presents from underneath Christmas trees, according to a release obtained by Smokey Barn News.

According to the Robertson County Sheriff’s Office, On January 16, 2015, Michael Broyles, 31 of Cedar Hill and Donald Arnold Jr. 26 of Cedar Hill were charged in connection with 2 burglaries and 2 thefts of property.

Finally, on January 22, 2015, Charles Daniel Shook, 25, of Springfield and Traci Marie House, 26, of Springfield were arrested and charged with 12 burglaries and 11 thefts. One of these was also a home invasion of an elderly female. Some of these burglaries dated back to October 2014. 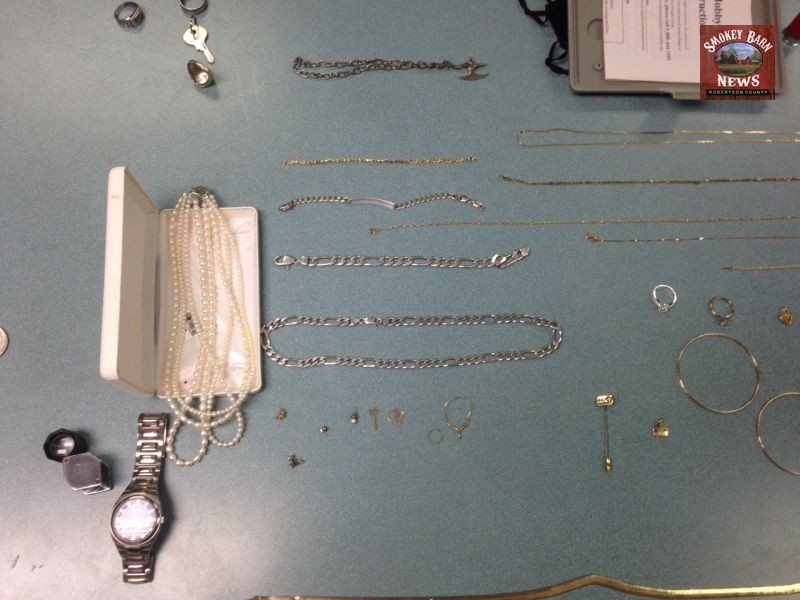 Detectives recovered many of the items taken including guns, jewelry, electronics, and clothing. These items were returned to the victims.

“It is always rewarding to not only solve the crimes, but more importantly return stolen items to the victims,” said Sheriff Bill Holt. “Our investigators are committed to helping these victims by bringing those responsible to justice, and recovering the belongings that were taken. We appreciate the assistance of the public in helping us solve these crimes. We rely on your eyes and ears to help protect our community. We encourage anyone to call us if they see something that appears suspicious.”

Another group of burglars have been identified that are responsible for committing burglaries recently in the northern part of the county. Warrants have been obtained, and some of the property has already been recovered. These suspects have yet to be captured.