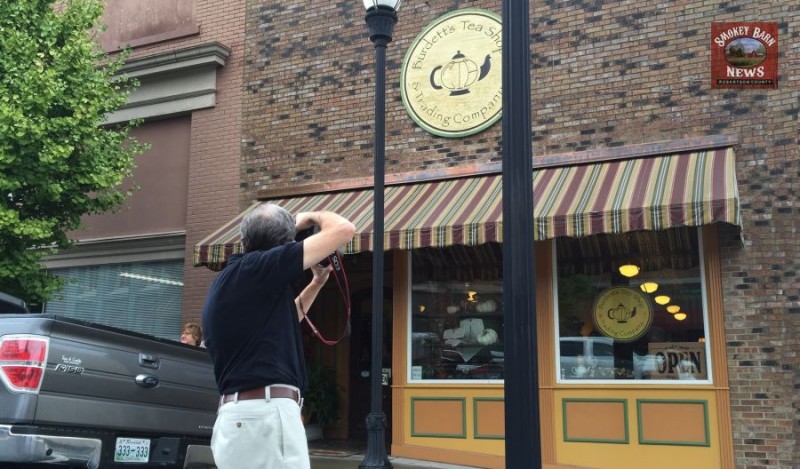 Burdett’s Tea Shop To Be Featured In “Tea Time” Magazine

SPRINGFIELD TENNESSEE: (Smokey Barn News) – Established in 2001, Burdett’s Tea Shop & Trading Company is celebrating its fourteenth anniversary this year. The shop is located just off the courthouse square in 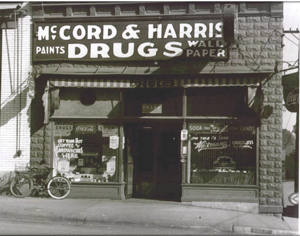 downtown Springfield, Tennessee in a building that was built in 1912. To offer an historical reference point, that’s the same year the Titanic sailed into history.

Originally the building was a general store and later, McCord and Harris Drug Store.

Forward in time to the year 2000, Sam and Sandy Ramsey find the old building and fall in love with it. The goal was to modernize the building without losing any of it’s original charm and beauty. The Ramsey’s were successful and now many come from near and far to enjoy great food, treats and seasonal whimsies in an atmosphere that makes you feel that time itself stopped inside the elegant restaurant.

Today Burdett’s Tea Shop (Burdett is Sandy’s maiden name) is a hub of activity in a well preserved historic downtown.

Specialties of the shop are homemade scones, quiche and delectable desserts that rival those found in much larger establishments and more metropolitan towns. Chicken Salad is a favorite of the guests as well as Burdett’s signature sandwiches and freshly made soups. But, the star of the show is the “scone of the day” made fresh daily from scratch in Burdett’s kitchen, according to owner Sandy Ramsey..

Burdett’s has been featured in the Tennessee Home and Farm magazine, Travel Tennessee and PBS’s Tennessee Crossroads and voted 2010 “Best Tea Room” by the readers of The Busy Bee Trader (a shopping and destination guide that covers Tennessee, Kentucky and Alabama). Burdett’s Orange Cream Scone Recipe and a feature about the shop have recently been included in the Scones and Tea book published by Tea Time Magazine.

Tea Time Photographer, John O’Hagan was in Burdett’s Tuesday morning taking photos for the write up. O’Hagan stepped aside to talk with Smokey Barn News, we talked about Burdett’s and Robertson County. 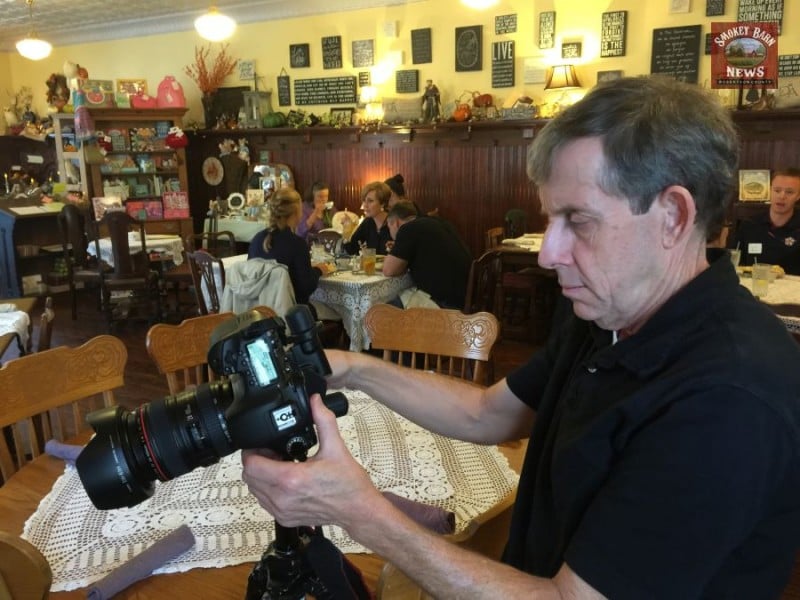 “Burdett’s has a great reputation with people who know tea and travel and take tea in. Burdett’s is also the center of the square and kind of an anchor in the town.

“Established in 2001, Burdett’s has been around for more than a few years. We want to know that when we run an article on a tea room like this that people will be able to use Tea Time to find them this year, next year, or the year after that. They don’t need to wonder if its open, it will be here,”  O’Hagan said.

O‘Hagan said he came up from Birmingham, Alabama where Hoffman Media is headquartered. I asked O’Hagan how his flight was, he said he drove up this morning. “I just got here three hours ago,” he said. O’Hagan will do his entire trip by car. “I drive everywhere, this is the first story, then there will be others up towards Kentucky,” he said. 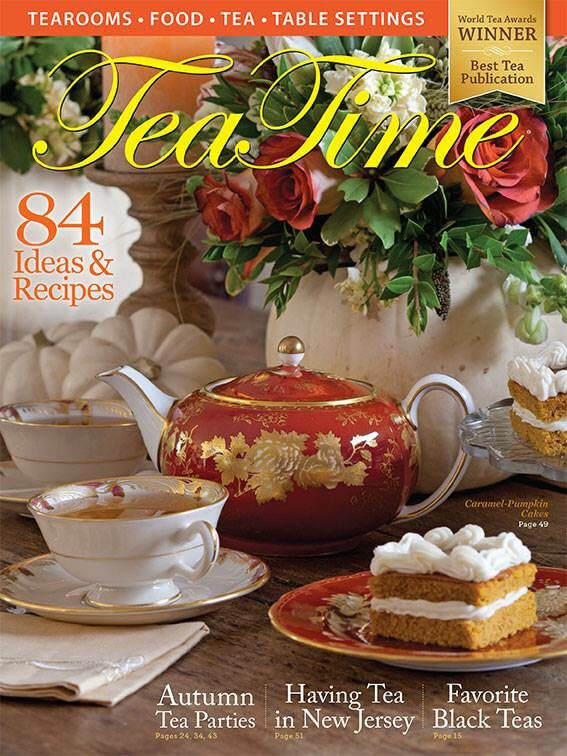 “We’re very excited to have him here.” Burdett’s owner, Sandy Ramsey told Smokey Barn News Tuesday. “We’ve been hoping to get an article like this for a long time. We’re going to be featured in a national magazine and we are very excited.

“We had a lot of work getting ready, we tried to make everything just as perfect as we could. We’re just so glad he’s here. He’s been so complimentary of the shop and very complimentary of Springfield and the courthouse square.

“People do follow this magazine, they will go from tea shop to tea shop when they’re traveling and use this magazine as a way to find great rooms,” Ramsey said.