In 2009 she earned an Educational Specialist degree in Curriculum and Instruction Administration and Supervision, and followed that up with an additional Educational Specialist degree in Instructional Leadership from Union University in 2012. Two years ago she earned a Doctor of Education degree from Union University. This compilation of specialized training equips her well for her new responsibilities.

Hollingsworth has worked with RCS since August of 2007, when she began as an English teacher at Springfield High School, where she taught until 2011. In August of 2011, she began teaching at Jo Byrns High School, where she remained until May of 2013, when she became an assistant principal at Springfield Middle School. Her additional duties there included conducting teacher interviews, grant writing, AdvancEd organization, Innovation Academy Magnet program planning, and school scheduling.

The challenge of her new responsibilities is something she looks forward to with anticipation.

“I am excited to serve the children of Robertson County in my new role as Supervisor of Federal Programs,” she said. “I look forward to working with the staff at Central Office and continuing to learn and grow as an educator and leader in this district.”

Married to husband, Sam, the two are the proud parents of 17 month-old Lila.

Mr. Jeff Haines has been selected as the new principal of Jo Byrns High School, replacing Doug Haskins, who is retiring at the end of this school year.

Haines, currently an assistant principal at Springfield High School is from Rockport, Indiana and attended Western Kentucky University, where he graduated in 2006 with a degree in Business and Marketing Education. In 2010 he received a masters degree in Educational Leadership at Austin Peay State University.

Jeff has been in education for 10 years, six as a business teacher and the last four as an assistant principal at SHS. He’s also coached boys’ basketball for four years, and baseball for two. For the past three years he has also served as a co-athletic director with SHS coach Dustin Wilson.

Of the move to Jo Byrns, Haines says he’s looking forward to becoming a part of the community and school family.

“I’m honored to be selected to become principal of Jo Byrn,” he said. “I look forward to working with faculty/staff, students and parents. I also plan on keeping traditions that have been established in the community.”

Married to wife, Olivia, the two have one daughter who is three and are expecting their second child this summer.

Pruitt, a native of Robertson County, attended Watauga Elementary School and Greenbrier Middle and High Schools. He moved on to study mathematics at Austin Peay State University, after which he taught math at Jo Byrns High School for nine years.

Early in the 2015-2016 school year, Pruitt was named interim principal of Coopertown Middle School, where he has served until now. He will officially assume his new Central Office responsibilities in July.

“I am extremely honored and excited to be stepping into the Student Services role at the Central Office,” said Pruitt. “I look forward to working with all of the Central Office staff to make Robertson County a model for educational best practice for the benefit of all our children.” 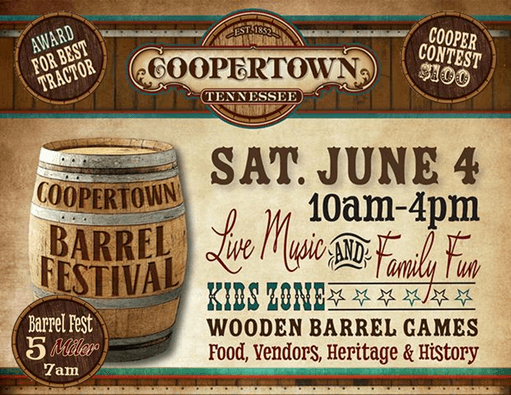