ROBERTSON COUNTY TENNESSEE: (Smokey Barn News) – Robertson County first responders had their hands full this morning with two crashes, a rollover crash on Hwy 49 in Springfield and a fatal tractor trailer crash on I65.

The first crash involved a semi hauling pipes on I65 South. The semi left Interstate 65 and crashed in a wooded area about 100 yards off the interstate at mile marker 115.4. (location of crash) The impact took the life of the driver.

The crash occurred around 3:30am between Portland and White House, no other vehicles were involved. Fatigue is being considered a possible cause for the crash. Traffic was slow for several hours while the crash was investigated. 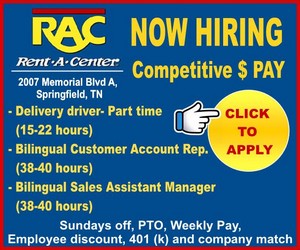 The second crash occurred on Hwy 49 in Springfield around 8:32am between Owens Chapel Rd and Wilks Rd. (location of crash). A Honda with four teenagers on board left the roadway and rolled down an embankment. After the vehicle flipped it landed upside down and crashed into a well-house next to a creek. The well-house acted as a barrier preventing the vehicle from landing in the creek.

There were 4 teens on board; two females and two males, according to Cross Plains Fire Chief Tommy Jackson. One teen was transported to Skyline Medical Center with a head injury and the other three teens were treated at the scene by Robertson County EMS.