One Hospitalized Following Hail Of Bullets At Springfield Apt Complex

SPRINGFIELD TENNESSEE: (Smokey Barn News) – Police are investigating after a man was shot in a barrage of bullets fired at an apartment complex in Springfield Tuesday evening.

Officials tell Smokey Barn News that a 21-year-old male was transported to Vanderbilt Medical Center in Nashville in stable condition following the rapid-fire shooting that, according to witnesses, consisted of at least 7 shots.

Police taped off three areas that consisted of shell casings, vehicles that may have been hit by gunfire, and a third location on the opposite side of the complex was also taped off. 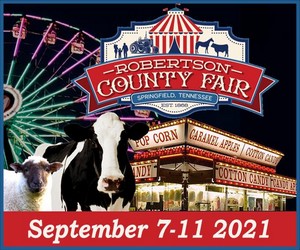 The disposition of the shooter is still unknown. We are waiting for an update from City officials.

Springfield Police Detectives are currently on scene conducting their investigation. As soon as they are prepared to release their findings or a suspect has been captured, we will bring it to you.

For those of you living in the area, there will likely be a heavy police presence in the area for several hours and throughout the night.

SPRINGFIELD, Tenn. – At approximately 8:42 p.m. Springfield Police Department officers responded to an E911 call regarding shots fired at Cumberland Square Apartments, located on Baldwin Lane. Upon arrival, officers located several people stating that unknown individuals had fired gunshots and multiple vehicles had been struck in the parking lot of the apartment complex.

Shortly after the initial call, at approximately 8:46 p.m., Springfield Police Department officers were dispatched to 416 21st Ave W for a possible male victim that had been injured by a gunshot wound. The victim stated that he was struck by gunfire while riding in a vehicle at Cumberland Square Apartments. The victim was transported to the hospital for treatment by EMS.

This is an ongoing investigation. Anyone that may have information about the incident is encouraged to contact the Springfield Police Department at 1-615-384-8422.