Out Of Control Van Crosses 41 Traffic, Crashes Feet From Tracks

GREENBRIER TENNESSEE: (Smokey Barn News) – According to officials, a medical emergency is the likely cause of a Friday afternoon crash in Greenbrier.

The crash occurred on Hwy 41 near Lights Chapel Rd Friday around noon. MAP

According to the accident investigator, Officer F. Burroughs with the Greenbrier Police Department, the driver pulled in to the parking lot of Calvary Baptist Church located on Hwy 41 and, according to witnesses, stopped for a bit and then hit the accelerator.

The vehicle traveled over two curbs and a grassy area before veering across all five lanes of Hwy 41, somehow missing lunch hour traffic.

The vehicle continued on finally crashing into a tree some 20 feet off the road and just 10 feet from the railroad tracks. The impact injured the 56-year-old driver from Ashland City.

According to Assistant Chief Russell Gupton with Robertson County EMS, the driver sustained serious injuries but was stable enough to be transported non-emergency traffic to a local hospital.

According to Officer Burroughs, the likely cause of the crash was a medical emergency. An update on the driver’s condition was not immediately available. 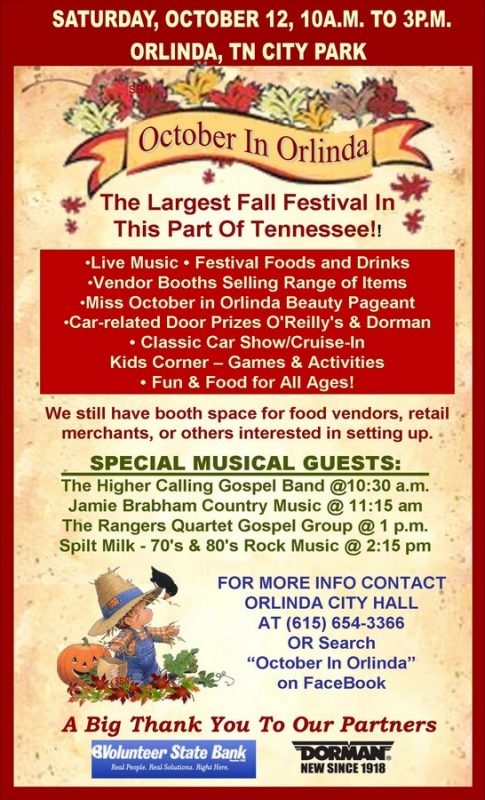