Over 4000 Without Power In Greenbrier Area

SPRINGFIELD TENNESSEE: (Smokey Barn News) – We do have about 4100 CEMC customers without power in the Greenbrier area. CEMC has been notified and is working on the issue.

According to officials, the power outage began about 1:20AM.  As soon as we have a definitive cause we will bring it to you.

We can tell you that there are no reports of accidents or down trees in the area.

UPDATE: The Greenbrier area has had several power outages in the last few days. According to CEMC officials, the problem started on Saturday when a tree fell on a transmission, opening the line feeding Greenbrier.

From what we can gather, the tree did a fair amount of damage and it took several days to dial it back in. One official told Smokey Barn News, off the record, that the issue was a regulator in the Greenbrier substation.

According to CEMC, during the final outage around 1:00PM Monday the issue was repaired and that should be the last outage.

CEMC said they take outages seriously and apologize for any inconvenience the interruptions in service may have caused. 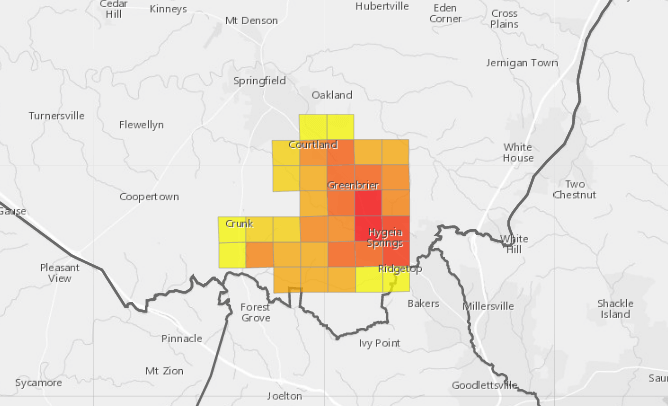