UPDATE: 3:37PM The Robertson County Sheriff’s Department has released the names of the individuals involved in this morning’s domestic dispute that has left two people hospitalized in critical condition.

Charles Eden and Billy Ray Eden, Sr. were both transported to Vanderbilt Medical Center with injuries resulting from stab wounds. They are both listed in critical condition.

No charges have been filed yet pending the completion of the ongoing investigation.

At approximately 8:22am on Friday morning, dispatchers received a 911 call about a domestic assault involving a stabbing that occurred on Gideon Road in Greenbrier, according to Public Information Officer for the Robertson County Sheriff’s Office Ryan Martin.

When deputies arrived they learned that there were three stabbing victims. All 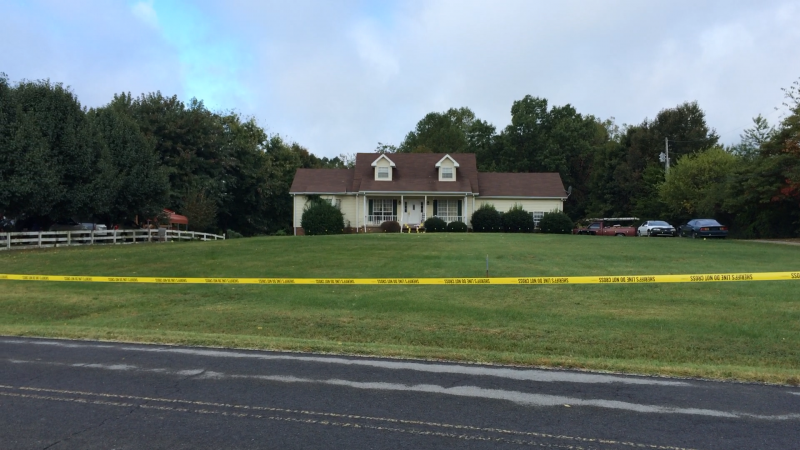 three victims had been assaulted with a knife in an apparent domestic dispute, according to Martin.

The Sheriff’s Department told Smokey Barn News that one victim was transported to Vanderbilt Medical Center for treatment of injuries resulting from stab wounds. The suspect was also transported from the scene to receive medical treatment for stab wounds.

The second victim received minor injuries and was not transported for treatment, Martin said.

Smokey Barn News learned at the scene that there were three homes involved. Police have blocked off all three homes with crime scene tape. We believe, based on radio traffic, that two of the stabbing victims may have fled to adjacent homes.  One home is located next door (L) and the other home is across the street from the main home where police seem to be focusing their investigation.

Detectives were also dispatched to the scene, and the investigation is ongoing. No other suspects are being sought and no further information is being released at this time.

The current condition of the suspect or the victim transported has not been released..

Martin also said that everyone involved in the incident was related but their names and ages were not being released at this time.

Smokey was first on the scene and we will continue to follow this story and provide updates as they become available.