Pursuit, Crash On I24 Near Coopertown Nets Armed Robbery Suspect

COOPERTOWN TENNESSEE: (Smokey Barn News) – An armed robbery in Clarksville turned into a police pursuit that ended in the lap of a Coopertown Police officer Friday afternoon.

It started just before noon when Clarksville Police responded to an armed robbery at the Marathon gas station located at 2088 Wilma Rudolph Blvd. MAP  A man had entered the business, displayed a handgun and demanded money.

After the suspect received the money, he fled the scene. A very alert witness was able to capture vehicle and tag information for officers. The suspect headed to I-24 East towards Coopertown. A Clarksville Police Detective spotted the vehicle heading East on I-24. The Detective followed the vehicle adhering to normal speed limits.

In the meantime, dispatchers and officers began coordinating with other agencies to set up a capture point on I24 ahead of the suspect.  As teams ahead prepared, the suspect had a change of heart and exited I24 at exit 24 and headed to a Shell gas station. MAP It was a bad choice for the suspect because that is exactly where law enforcement from several agencies were staging.

An unmarked Clarksville officer located the vehicle and waited for backup before attempting a traffic stop. Cheatham County Sheriff’s Department and Pleasant View Police attempted to stop the vehicle but were evaded.

Coopertown Police Officer, Zach Roesler spotted the vehicle heading eastbound on I-24. With multiple law enforcement vehicles behind him, the suspect lost control and crashed into the rear of a truck around mile marker 27. After impact, the suspect’s vehicle left the roadway and flipped, landing upside down. The suspect took off running on foot.

Officer Roesler caught the suspect and held him at gunpoint until backup arrived. The suspect, now identified as Charles Mason, 40, of Nashville, was taken into custody.

Mason was transported to Tennova for Medical treatment.

Police recovered one firearm, narcotics, and money. The suspect was found to be on possession of a weapon and illegal narcotics that he attempted to throw out while evading Police.

The Tennessee Highway Patrol is investigating the crash, Clarksville Police will lead the investigation of the armed robbery and Coopertown Police will be filing charges of felony evading.

No other injuries were reported.

“We appreciate the assistance from the witness and the agencies which assisted in the apprehension.” Clarksville Police. 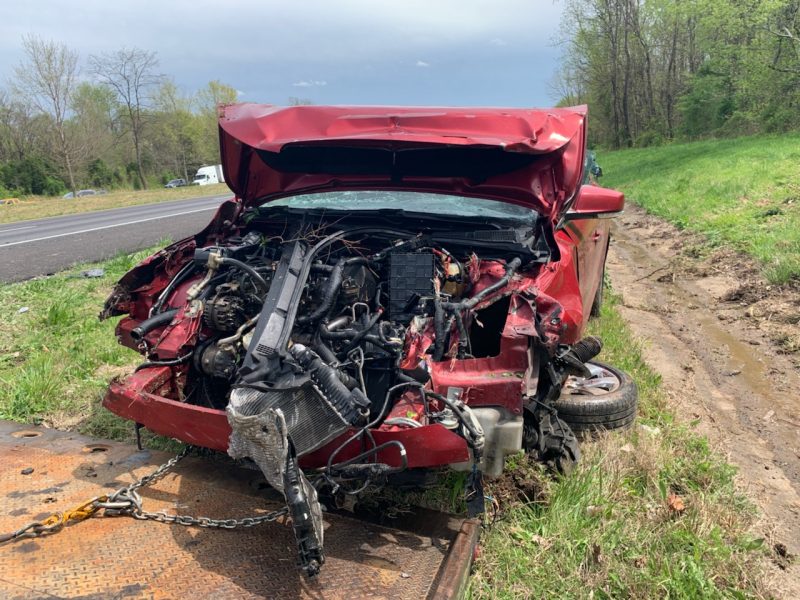 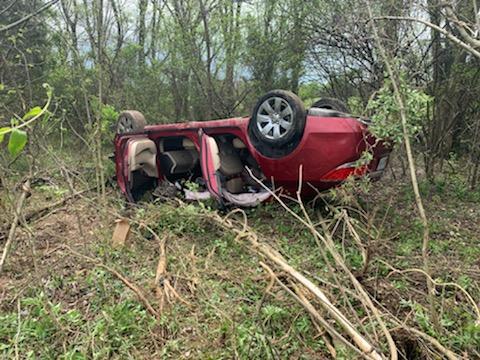 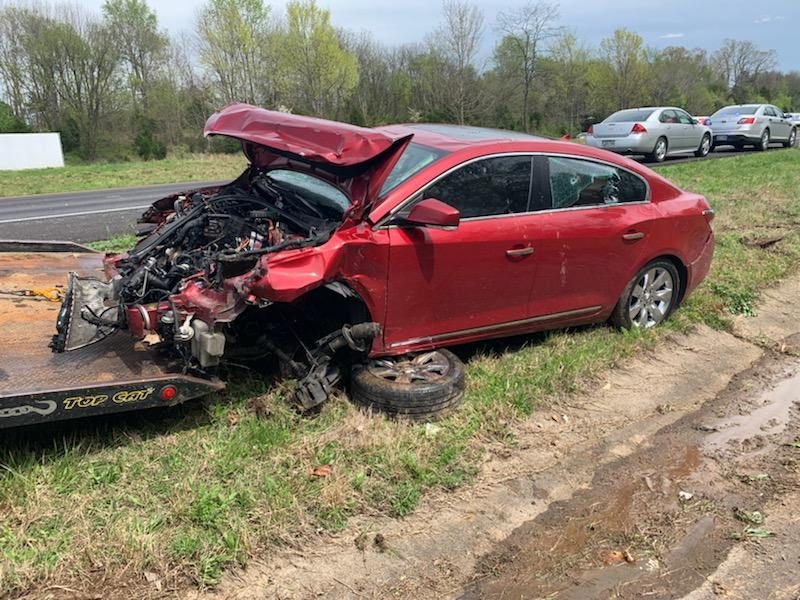